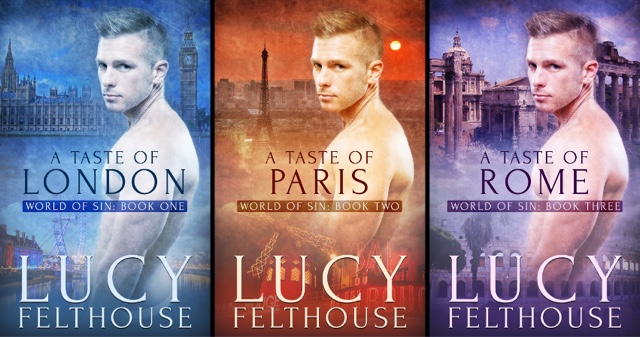 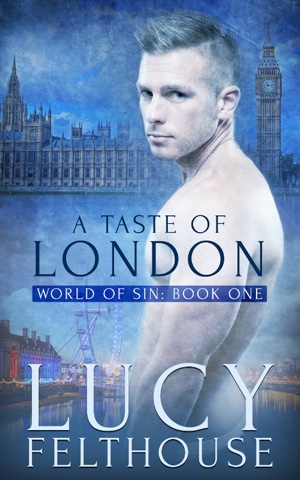 Ryan Stonebridge and his friend Kristian Hurst are heading off on the trip of a lifetime. They’re spending their gap year traveling the world and expect lots of sun, sights and sex. The guys have a couple of days in the English capital before catching the Eurostar to Paris. Unfortunately, a family emergency means that Kristian has to head back home for a while, leaving Ryan to continue the trip alone.

Luckily for Ryan, he’s an attractive guy and there is no shortage of gorgeous women available to help take his mind off Kristian’s family drama.

Buy links (FREE at most retailers – waiting for Amazon to price-match, so feel free to use the ‘tell us about a lower price’ link at Amazon to make it happen faster):

Praise for A Taste of London:
“With characters that were crafted with a great deal of fullness in this short read, Lucy Felthouse has managed to capture an intriguing series of sexual interludes that alternate between steamy and naughty with a dash of daring and bravado for effect… Funnily enough, the late-teen early twenty year old male voice was incredibly strong and finely honed, making this book a real treat with an interesting voice and perspective.” 5 out of 5, The Jeep Diva 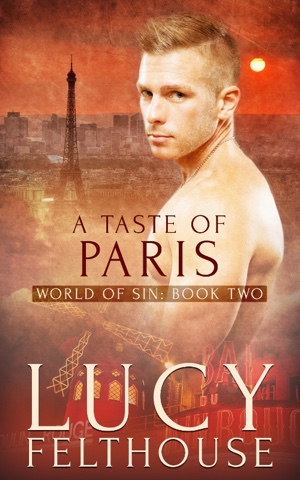 Ryan Stonebridge and his friend Kristian Hurst are traveling on their year off before going to university.

Unfortunately, Kristian has been called back home due to a family emergency. Ryan continues on to Paris alone, hoping his friend will join him again soon.

In the meantime, Ryan’s lucky streak with women continues, and by the time Kristian makes it to Paris, Ryan’s bumper box of condoms is depleting rapidly. However, there are more than enough women to go around, and Kristian intends to have some sexy fun of his own, and when the boys get a chance to play with two sexy ladies at once, they certainly aren’t going to turn it down. 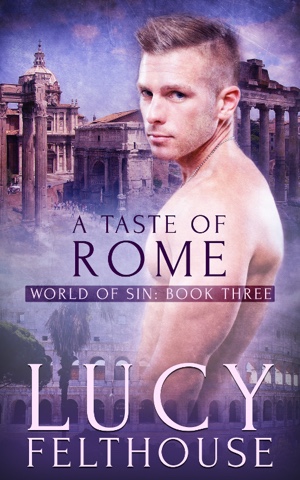 Ryan Stonebridge and his friend Kristian Hurst have travelled to London and Paris on their “gap year” adventure, before starting university. Now it’s on to Rome.

The American girls they met in Paris are along for the ride, providing lots of sexy fun for the boys. But as no one in the foursome is looking for commitment, there’s still plenty of scope for hooking up with the locals. Voyeurism, cougars, risky outdoor sex and threesomes abound in the Italian leg of the boys’ European adventure.

Praise for A Taste of Rome:
“Time to see the ruins and explore the city: giving both Kris and Ryan a chance to see the sights that appeals to them the most: all beautifully detailed and described by Felthouse, giving the reader a sense of the heat, beauty and unique sights that make Rome such a must-see destination.” 4 out of 5, The Jeep Diva 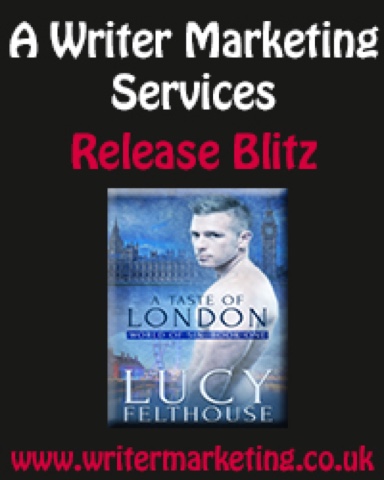