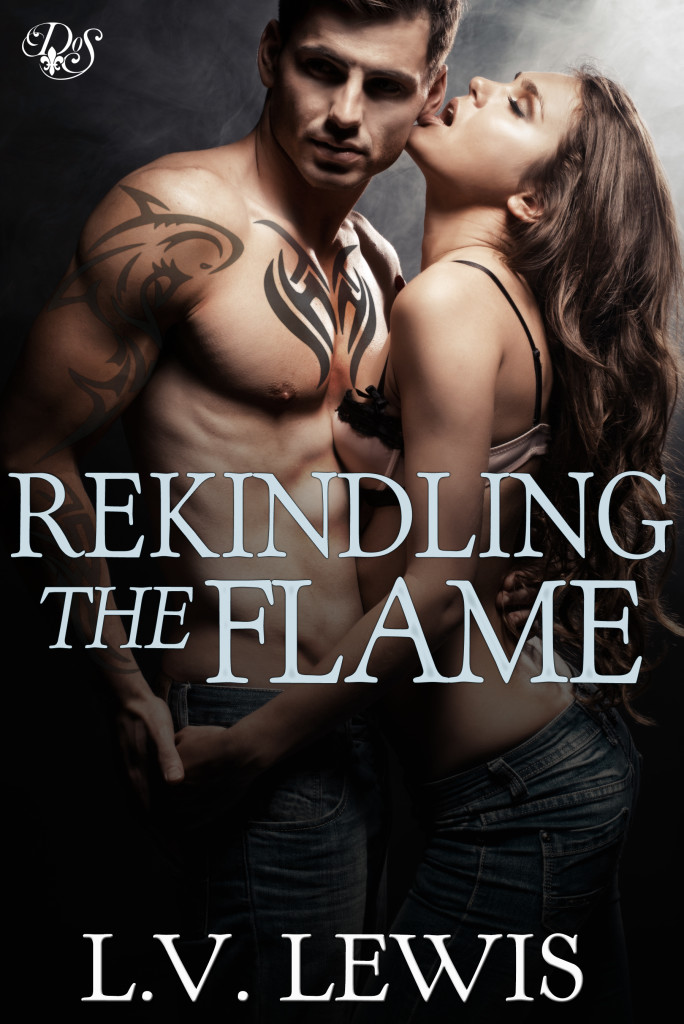 All Den of Sin books can be read as standalones.

Sabine Beaudelaire returns to her hometown of New Orleans to the bedside of her favorite uncle, Sebastian Beaudelaire, who's been in a horrific accident and lies comatose at a local hospital. Estranged for six months from her fiancé of eight years, she still hopes for reconciliation. Enter a gorgeous man she affectionately dubs "Hot IT Guy", whose sex appeal--and open season at her family's secret sex lair--fills her head with thoughts of propositioning a man for the first time. When it becomes apparent she's lost the love of her life to a more accommodating woman poised to give him everything he desires, Sabine's hopes are shattered. With career benchmarks looming, Sabine is fulfilled by her work but lacking a love to call her own, a situation which Hot IT Guy, aka Xander "Fish" Fishbourne is eager to remedy. Is it by coincidence or by design that Xander, her protective older brother's high school friend who once admired her from afar, becomes her guest at the Den of Sin? Who cares? Her dormant libido needs a serious kickstart since she and her fiancé called it quits. But will this weekend of sexual freedom rekindle an old flame, or will it further complicate her already complicated life? Rekindling the Flame is a second chance romance bringing an alpha hero back together with a woman he wanted before any other, and a heroine whose dominating older brothers shielded her from every man's advances. Now, it's The Beaudelaire Big Easy Luau, a Den of Sin event where long held fantasies are made to be acted upon.

“Xander?” she whispered. She looked into his placid face, beset with gorgeous luminous eyes. “Are you okay?” he whispered back. His smile was full of invitation and happiness. And was that desire she saw there as well? Surely they’d shorted out all circuits during that intense experience, as he’d promised, but she felt the stirrings of renewed desire pinging between her thighs. So could he not feel the same? Sabine leaned in and kissed him, tasting the seafood, a hint of garlic from the salad, and the crisp white wine they’d both consumed. Beneath that feeling was the undertone of something powerful. “You feel that?” He nodded. “That is why I couldn’t resist inviting you to participate in this weekend with me.” “And that is exactly why I hoped you would,” he responded. “Xander, in case we never get to do this again, let’s make this weekend worth it, okay?” Her voice grew husky as she finished saying it, and something twisted in her chest. He kissed her gently, then took her hand and led her back to the bed. “Dessert can wait. Let’s get back to making this memorable weekend,” he said. Then he proceeded to do exactly that for her.

“It is kind of hot hearing you say it. Nicholas wouldn’t have been caught dead saying that word,” she said, even as she cringed. “Nicholas the former fiancé?” “Yes. I’m sorry. Now is not a very appropriate time to talk about him.” Xander nudged her chin so she would look into his eyes. “Anytime you need to talk, I’m here. Okay?” “Okay.” She barely paused before continuing on a sigh. “Nicholas was one of my professors when we met. Brilliant, extraordinarily caring. He helped me figure out exactly what I wanted to do with my career. Too bad that didn’t also translate with my life.” “You may not think so now, but I believe you will eventually figure out how to navigate life’s milestones without anyone else telling you how to do it.” “But there has to be some give and take as you move together in the general direction of married life, right?” “Who are you asking? I didn’t do it right the first time, remember.” He tucked her unruly hair behind one ear. “That’s a cop-out. I distinctly recall you broaching the c-word.” “C-word? I don’t call women bad names.” “Not that c-word, you dope. Compromise.” Xander laughed. “But you notice I’ve managed to resist entanglements since that failed attempt.” She side-eyed him playfully. “Not for lack of strange women—myself included—throwing themselves at you, I’m sure.” “I’m alone half by necessity and half by choice.” “How’s that?” “I work so much I don’t have a lot of time for dating. And my ex was a piece of work, so I’ve been in no particular hurry to figure out if the first time was just a fluke.” “I hope I can be as flippant about Nicholas in a few years.” “You mentioned he was older. Would that be my age older, or...ancient?” It was her turn to laugh. “Just a decade, or what one considers about a year shy of a classic May/December romance.” “Or, a decade shy of being a dirty old man.” Xander swooped in and nibbled her bottom lip. Sabine straddled him. The heat of her core igniting renewed desire in his loins. “I think I’d rather do something else, other than talking about aging and bitchy exes now,” she said. 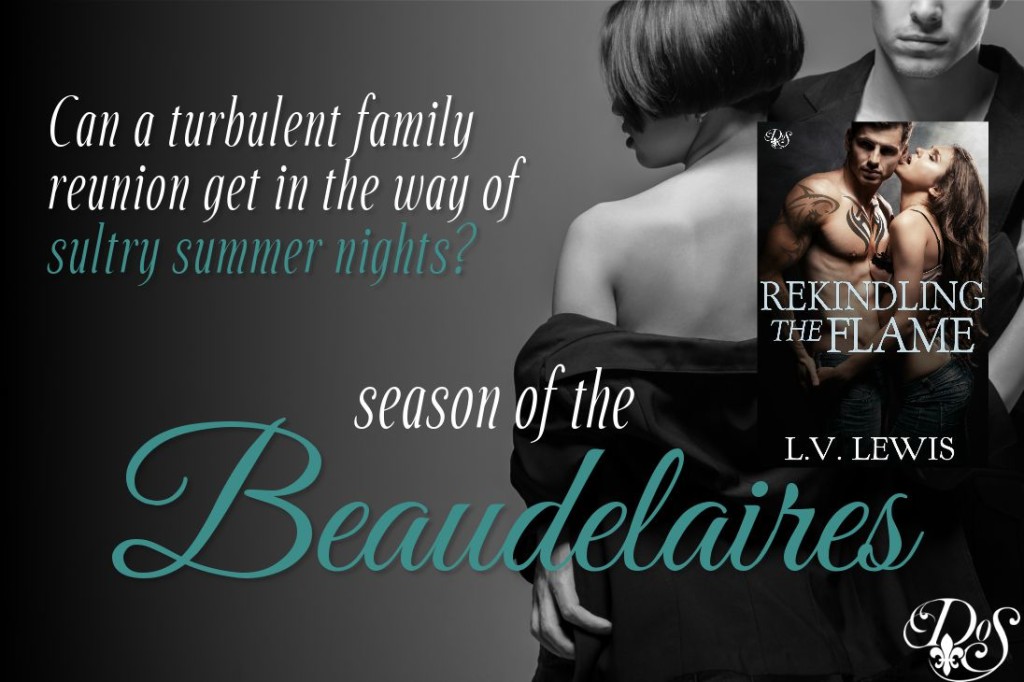 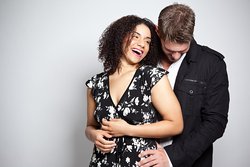 Growing up, L.V. Lewis wanted to be an internationally known rock star, but unfortunately, lived in the wrong part of the country to pursue that career (and neither American Idol nor The Voice were available then). An early love for the written word gave her the plan B she sought. Her career as a contract manager was not creative writing by a long shot, but it didn't require her to spend the hundreds of thousands of dollars required for a law degree. It does pay the bills while she dabbles in the publishing world as an author on the evenings and weekends. LV lives in Florida with her husband. They are the parents of four children, three of whom don't think they need their parents anymore, so they share their home with a sweet female German Shepherd and an alpha male Pomeranian/Chihuahua mix who thinks he rules the world. Her love for writing is only eclipsed by her love for her family.
Posted by Unknown at 05:00