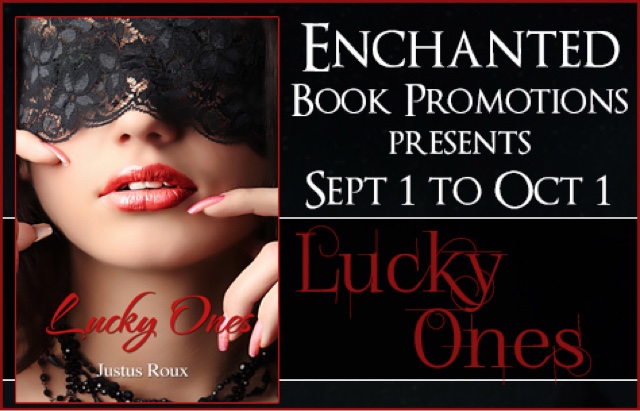 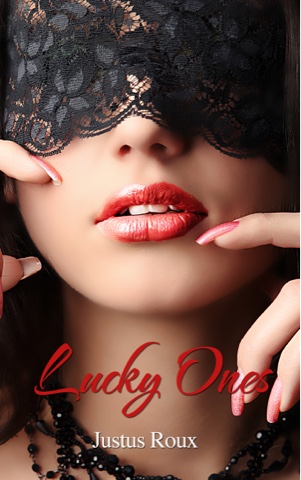 Karma, baby. We all have to face this bitch at one time or another.  Angelique was so wrapped up in trying to get the biggest piece of Dante’s heart that she forgot that her submissives need her love and guidance. Dante has evolved as a Master, but not as a husband. When Angelique walks away from him, he realizes he may just lose the woman who is his other half.

Master Griffin has lashed out at everyone that tries to hurt him or his. He has schemed and plotted to run this community. Yet, when he tries to take on Master Drake he comes up against an opponent he can’t beat.

Master Mato had nothing but respect for Master Griffin until he is given a submissive named Tao from Master Drake. Drake’s only concern is for Tao’s happiness and he believes she will find it with

Mato, yet he doesn’t force his will on her, he leaves it for her to decide. Mato is forced to see Griffin in a different light because of Drake’s actions.
Who will be the lucky ones and walk away unscathed from Karma’s wrath?

Songs I listened to while I wrote "Lucky Ones."

Lucky Ones- Celldweller
Stay With Me Baby- Chris Corneli
Needed Me- Rihanna
I Hate You, I Love You-  Gnash
Sit Still, Look Pretty- Daya
I Don't Care Anymore- Hellyeah
What is Love- Empire Cast
Hate Myself for Loving You- Joan Jett
Should've Been Us- Tori Kelly
Man Like That- Gina Wingmore
Let it Go-  James Bay
Hello Bitches- CL
Say You Love Me- Jessie Ware
Freedom- Beyonce

“Say my name,” he growled as he pulled her hair, forcing her to arch back as he rammed his cock into her from behind. “Say it!”
“Griffin,” Angelique said softly.
“Louder.” He wrapped his arm around her and lowered his hand to her pussy. He rubbed her clit at the same speed he drove his cock into her. He gave her hair an extra hard yank.
“Griffin!” she cried out. Her orgasm hit her with such force that nothing mattered at this moment. “Griffin!” she howled.
She felt him holder her closer as he came. She had spent the last couple of days losing herself in Griffin’s touch. All the while she thought about Dante. He branded that bitch submissive of his…hell she could take if he branded just Bazil…but not Lara.
“You can run home to Dante now, woman.” Griffin released her as he leaned back against the headboard.
“I’m not running anywhere.” She turned and looked at him. The way he looked at her should infuriate her, but there was something sexy about his arrogance.
“Oh come on, you know you want to tell him all about this.”
“No, because that is what you want me to do.” She climbed out of bed and grabbed her black silk robe. She almost smiled hearing Griffin chuckle. “I won’t let you hurt Dante.”
“Hurt him. How can I hurt him?”
“He finds out you are fucking me and he will come over here and kick your ass, then you will have your gowns hurt him.”
“Interesting.” Griffin climbed out of bed and pulled on his jeans.
“What is interesting?”
“If you don’t plan on running and telling your husband about our little tryst, then why are you here?”
“Distraction.”
“But why me? Shit, you could have fucked Drake or any of those other Masters.”
“You are toying with me. I can see it in your eyes.”
Griffin just slowly smiled. “You are welcomed to stay as long as you like, woman. You are an interesting fuck.”
“So are you. But if I stay I must bring my other sweets here.”
“Sweets?”
“I do have other male submissives besides Raven.”
“How much more?”
“Two at the moment. The others I let go. Yves and Marcus, I can’t leave them to stay at my castle all alone.”
“If they hurt Liam…”
“No one is going to touch your beautiful male unless I tell them it’s alright to do so.”
“Then I will have a couple of guests rooms prepared for them. I’m intrigued to see you with all three of your males. But tell me something. Why does Raven look so much like Dante?”
“What does it matter?”
“Eros bared a resemblance to Dante as well. It matters because I’m curious to know the why of it.”
“Raven was my first real submissive…” Angelique sat on the bed. “Dante acquired him for me. He knew how much I would miss him…so he found a male who looked a lot like him. Eros was for the same reason.”
“Do Yves and Marcus look like Dante as well?”
“No.”
“Raven is exquisite by his own merits. It is unfortunate that he bares such a resemblance to your husband.”
“What do you mean by that?”
“Do you love Raven for himself or because of who he reminds you of.”
“I suppose the same question could be ask of you. Dimitri looks like your trainer Lennox.”
“Do not even think to tread on that ground, woman.”
“Then don’t question my love for Raven. He is not Dante nor would I ever want him to be. I love him for who he is.”
“I would hope so. He is your favorite.”
“I’m going to arrange for Yves and Marcus to fly out here. They are my submissives not yours.”
“You are in my home, woman.”
“I will make sure they show you the utmost respect.” Angelique left the room. She had to get away from Griffin for a moment. She hurried to her room. Griffin had the main guest room for her use, and Raven always stayed with her. She went inside and saw Raven sitting on the bed.
“Are you alright, Mistress?” Raven said.
Angelique walked over to him and ran her fingers through his short dark hair. She looked deeply into his dark eyes. No, he wasn’t Dante. The way he looked at her…
“Mistress?”
“You know I love you right?”
“Yes. And I love you, Mistress.”