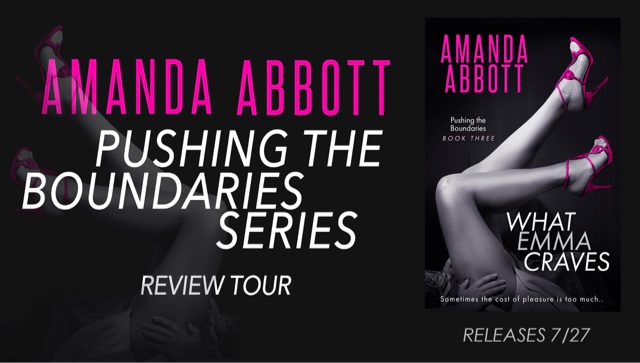 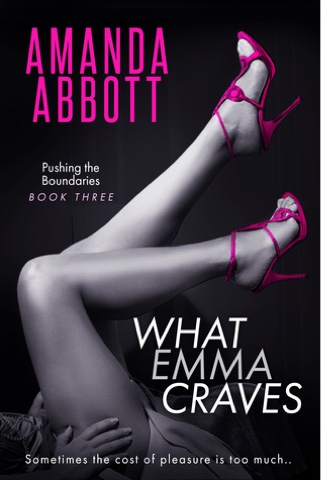 Blurb
It took a lot for Pete Slater to convince his wife, Emma, to move to the suburbs. But once she arrived, she found it had a deliciously steamy underbelly. Her neighborhood is filled with hook-ups, affairs, and scandal. It's better than any reality TV show.

But Emma finds she isn’t satisfied any more. After seeing Piper and Michael become adventurous again as a couple, it's made Emma realize that's what she wants in her own life. She craves to be noticed again. She decides what the two of them really need is a vacation. The STD girls throw her a travel shower, gifting her some sexy starters, and she and Pete are off to the Bahamas.

Their destination is a super exclusive resort situated on a tiny island where anything and everything can happen. When they meet a young couple at the airport, who end up in the suite next to theirs, things go from fun to incredibly steamy fast. Emma drives Pete crazy flirting, and it pays off. For the first time in their marriage her husband is jealous of another man. What Pete does to win her back turns out to be exactly what Emma craves.

*This book is off the charts hot. It contains: explicit sex, group sex, and voyeurism.

I've really been enjoying the Pushing the Boundaries series, so I was excited about reading this book.  We've already met Pete and Emma in the previous books and know that they have a seriously adventurous sex life, so it was no surprise that this book is smokin' hot!  I'll be honest and admit that I didn't love it quite as much as the other two books, mainly due to problems I had with Pete's character, but it was still an entertaining (and hot!) story.  I also wasn't too keen on the first chapter where Emma was spying on her neighbour having sex, I found it a bit creepy, but I'm glad I didn't let it put me off the rest of the book as I really enjoyed it.

Pete and Emma have been inviting other couples into their bedroom for several years, and they have always been very happy, but Emma is becoming dissatisfied with this arrangement. She craves something more, but she doesn't know exactly what 'more' is. Pete is totally clueless about how to make Emma happy and can't understand what is wrong with their relationship. They go on a luxury holiday to a private, 'clothing optional' island where pretty much anything goes in the hope that it will bring them back together. Here they meet some fabulous new characters that help (albeit inadvertently in some cases) them to sort out their marriage.

The island resort setting was amazing, the author brought it alive and it was the perfect backdrop for this story.  I really liked Emma (apart from the spying thing) and wanted to like Pete, but I found him irritating at times. To me he seemed a little inconsiderate of Emma's feelings, and seemed to encourage her to do things that he knew she really didn't want to do. It was all consensual, but Pete appeared to put his desires before his wife's needs. But thanks to some jealousy and meddling by a friend, things start to work out and it makes for interesting reading.

I'm looking forward to reading more from Amanda Abbot as this is such a fun, sexy series. I love how the female characters interact with each other, their banter and antics are hilarious. I also loved all of the new characters, especially Mallory and I'm really hoping we see more of billionaire playboy Antonio. What Emma Craves is a fun, sexy book that receives four out of five stars.

Pete glanced up as his wife entered the kitchen from the sliding glass doors off the deck. He was stretched out on the sofa. “Did Candace come big tonight?” he joked.
“Yep,” Emma answered as she slid the doors closed and walked over to the cupboard. She took out a bag of potato chips and a glass, then hit the fridge for water.
Pete smiled. His wife had a penchant for junk food. “Come sit by me.” He patted the couch next to him. “I was just about to go to bed, but I haven’t seen you much today.”
Emma kicked off her shoes and padded over, settling in next to him.
He leaned over and kissed the top of her head. He thought it was cute that she snooped on their crazy neighbors once in a while. He’d gone with her a few times, but it wasn’t his thing. He liked to participate when he watched sex. To him, watching wasn’t exciting if there was no return.
“Don’t forget,” she reminded him, “the girls are coming over here next Thursday for the block party. After, we’re hanging out here. They’re throwing me a ‘travel shower’ to celebrate our trip to the Bahamas. It’s so sweet of them.”
He and Emma were leaving on a much-needed vacation in less than two weeks. Pete was pumped. They hadn’t been on a trip in a long time. They’d booked a villa on a super-exclusive island where open sex was encouraged. He’d heard stories about these kinds of sexy resorts and had always wanted to try one, but they’d never had a chance—or enough money—before now. He was hoping it was going to be a wild ride. “Do you want me to find something else to do while they’re here? Or can I stay upstairs? I have no desire to attend the block party.”
“You never want to go.” She elbowed him, smiling. “I adore seeing everyone out of their fishbowls and love trying to figure out what’s going on behind closed doors. But it doesn’t matter.” She uncurled the bag of chips. “Whatever you want to do is fine.”
He draped his arm around the back of the couch. “How was work today? Have fun teaching little girls how to dance?”
“Little girls and boys. I’m so happy to see more boys enrolled. And it was good,” she said, popping a chip into her mouth. “Same as usual.”
“Are you looking forward to our vacation?”
“I am,” she replied.
Pete sighed. These short, clipped answers were what he’d been dealing with for the past few weeks. They were unlike his wife—who was normally sweet and bubbly, always ready to talk. He couldn’t figure out what was bothering her. He thought maybe it was because he’d pressed the idea of going to a sexy resort when she’d originally wanted to go to a nice, upscale resort where the two of them could “re-couple,” as she’d put it. He had no idea what “re-coupling” meant and had argued for the exclusive resort instead.
If they were going to go on a spendy trip, he wanted to go all-out. Why not?They’d ended up debating it for a few days, but eventually she’d given in.
Just like that. Like a switch had been flipped.
Pete had been puzzled, but satisfied. Now, he wasn’t so sure. He tried again. “We haven’t chatted much this week. What’s going on with you?”
She angled her head up. “Nothing much. Same old stuff. But don’t worry, the vacation is going to be great. I’m really excited. The Bahamas look wonderful.”
“I’ve tried to do a little research on the resort, but it’s really secretive. I can’t find much.” He wrapped an arm around Emma’s shoulder and nuzzled the top of her head. “But from what Jim said, it should be right up our alley. I trust him.”
“Yep, I saw the e-mail he sent, and the pictures. Like I said, it all looks amazing. I’m sold. I’m sure we’ll find lots to do. And people to do it with.”
Pete detected a hint of something in her voice he couldn’t identify. “Are you sure you’re okay with this?” He frowned. “I don’t want to go if you’re upset. We can book something else. We can probably get our deposit back, or at least some of it, if we back out now.”
She sighed. Pete heard it clearly. “No, I told you. I want to go. I’m excited to visit the Bahamas. It wasn’t my first choice, but I’m fine with it now. We’re paying so much for it, I can’t imagine it will be anything less than amazing.” She patted his leg and popped another chip into her mouth. “You need to relax. I’m fine.”
Pete hated that Emma was obviously bothered about something, but he decided to let it go. She would talk to him when she was ready.
Emma rolled up the top of the chip bag and stood. “I’m going to head up to bed. I’ll see you when you get up there…”

Bio:
Amanda Abbott lives in the Midwest. She's the author of many books, both on her own and some published in New York. She loves traveling, seeing the world, and above all she loves to write. These stories have blossomed out of her pure love of all kinds of romance, but especially humor + sexy combined. Taking the question of "what if" and making it real was an absolute thrill to write. And there's more in the hopper! To keep up with new series and new releases, head to her website www(dot)authoramandaabbott(dot)com and be sure to sign-up for her newsletter!

We have ten digital copies of this book to giveaway.