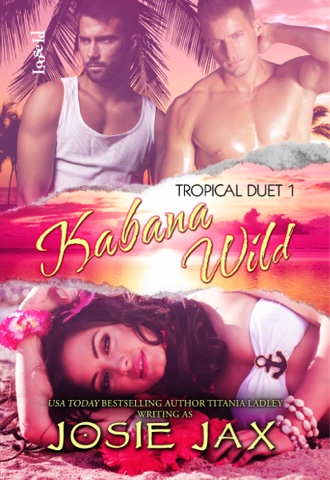 Three reckless lovers and one wild Hawaiian tryst… Mitch, a secretly bisexual movie star. Kiona, a sugarcane heiress planning a name-only marriage. Her hot, fierce boyfriend, Kol. And a devious tabloid reporter who could ruin them all…

What’s your hottest car-sex moment? I’m sure most of us have been there…in a cramped back seat with a lover, twisting like a pretzel, and making the most of every inch of car space.
As an author of erotic romances for over twelve years, I’ve written countless lovemaking scenes from vanilla missionary to…how shall I say…creative, sometimes acrobatic scenes.
During the editing process for authors, we go through first or second rounds, line editing, proofing, and so on. When my book was in the proofing stage, the proofer commented on Twitter about the first in my Tropical Duet series with Loose Id (Kabana Wild—book 1, now available;and Jamaica Wild—book 2, coming April 5). The proofer’s tweets:
“OMgawd hyena laff while proofing Kabana Wild”
And:
“I will never look at a sports car in the same way again”
There is a lot more #hotsex that follows the below scene in the book (and in the book as a whole), but here’s a snippet of the sports-car lovemaking chapter to get your engine revving. ;)Now get mine revving—share your hottest car-sex stories!
P.S. Jamaica Wild: Tropical Duet 2 by Josie Jax releases April 5, 2016.

Kabana Wild: Tropical Duet 1 by Josie Jax
He thirsted for her as always, but how to get his final fill of her in this cramped little sports car?
Nakolo, the sunroof… It was as if Pele whispered the solution in his ear.
“Stand up,” he ordered.
“S-stand up?”
“You heard me. Stand up. Remove your shoes, plant a foot on each seat, and stand up so your top half is through the sunroof.”
Her mouth fell open, and a sound that resembled a wheeze tore from her throat. He watched as she blinked, scanned the inside of the car, and looked up through the sunroof. Nakolo knew the precise moment understanding dawned on her.
For a full thirty seconds, she stared deep into his eyes, her own tearing up. She finally understood his desperation and intense desire to have her, to reclaim what was his after seeing her with another man.
Kiona twisted, assuring the car remained in park, and removed her shoes. She reached for the sunroof’s edge and pulled herself to a standing position. She was a tall woman, and it was a small car, so with her feet placed as wide as she could get them on each front seat, the roof came to waist level.
She set her elbows and forearms on the roof and leaned on them. “I’m ready,” she whispered down to him.
He scooted forward and drew up her dress, stuffing the front hem beneath the garment’s waistband. And there it was, her jewel—his jewel. Nakolo’s mouth watered, and his balls throbbed, engorging like a balloon ready to pop.
“Hemolele! Mmm, my love, you are so gorgeous, so”—he swiped his tongue up her slit, eliciting a scream from her—“delicious.”
The flavor of cream and faint salt burst in his mouth. Holy islands, she was wetter than the sea. He drew back and studied her toned thighs and the top of the V they held dear. Except for a small patch of dark curls above her clit, she always kept her pussy shaved for him so he could feel her silky lips on his tongue or encircling his shaft. The labia were smooth and naturally tanned, her nub pink and swollen, emerging at the top of her cleft like the early bloom of a hibiscus. God, what perfection!
Nakolo couldn’t delay any longer. He wrapped his arms around her hips and reached behind her. Sinking one finger into her dripping-wet puka, he closed his mouth over her swollen bud.
She screamed again, this time far louder. He heard her hands slap the roof and rejoiced when her voluptuous body spasmed in his arms, against his face. He flicked his tongue over her clitoris while gazing upward through the sunroof. She was like a siren of the sea. He watched as the Pacific winds blew inland, tossing her hair in a wild mass, her breasts perky mounds, her face contorted in ecstasy.
Her pelvis did a swiveling dance, abrading over his face. She growled, reaching for that pinnacle that always came so easily for her. Nakolo pumped his finger faster, adding another, then a third. She spread wider, accommodating him, coating his fingers with her stickiness. With his tongue, he thoroughly explored every fold, crease, and little bulge, knowing the time would come very soon when he would have to yank her down into the car and plunge himself into her.
She was almost there, he could tell by the stiffening of her dance and the animal mewls escaping from deep in her throat. But somewhere in the sexual blur of his mind, Nakolo heard the hum of a car engine. He whipped his head around to see a sleek Mercedes pull up behind Kiona’s car.
“Goddamn it,” he swore when he saw none other than Mitch Wulfrum—the damn movie star—unfold himself from the driver’s seat and stride toward Kiona’s car.
Kiona’s windows were darkly tinted, so most likely Mitch couldn’t see Nakolo. If Mitch had spied Nakolo’s truck back at Jager’s house, he’d probably know Nakolo sat in her car. But if he hadn’t peered out the window at Nakolo’s boyish antics, Mitch wouldn’t know whose truck it was and might assume Kiona was alone and the truck abandoned.
Not knowing one way or the other added an edge of excitement to the unexpected situation. Nakolo’s loins simmered with reluctant fire. Did he want to be discovered or not?
As Mitch approached the driver’s side, Nakolo studied the strikingly handsome face, the tall, lean body…and the bulge in the jeans Mitch now wore. Nakolo swore under his breath. Why was it he found the sight of this man sauntering nearer so very arousing while Kol orally pleasured Kiona? Where had his anger gone? And why hadn’t he demanded an explanation from Kionaabout her tryst with this man before Kol had dived right into satisfying his sexual urges?
“Mitch, what are you—what are you doing here?” Kol heard Kiona choke out. 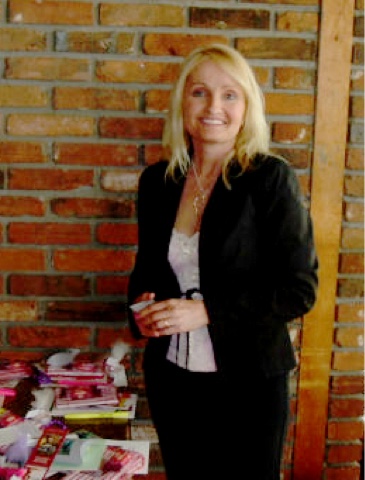