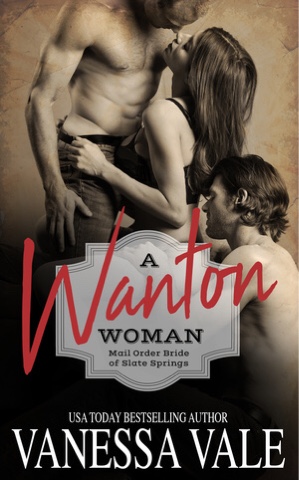 Celia Lawrence can't show her face in her conservative, small town. First, she discovered her husband in bed with another man's wife, and then she witnessed both their murders. While she didn't pull the trigger, small town gossip is not forgiving and everywhere she goes she is chastised for not being woman enough to keep her straying husband at home. Eager to flee her old life, Celia heads to Colorado as a mail-order bride.

As mayor of Slate Springs, Colorado, Luke Benson is expected to set the example. Their small town is hidden away in a remote mountainous region where few women have the courage or desire to tread. As mayor, it falls to him to test out their newly passed law and share a wife with his brother. The truth is, Luke has no interest in a woman of his own, and agrees to a mail-order bride out of duty, not anticipation.

His brother, Walker, is jaded and hard after the death of his first wife and unborn child. For Walker, loving again is out of the question. But a man has needs, and he'll eagerly take his pleasure from their new bride while expecting Luke to provide the tenderness and caring a woman expects.

A marriage based on everything but love should be doomed. But Celia, Luke and Walker discover one thing they have in common: desire. Will that be strong enough to survive the danger that follows Celia from Texas? Will desire be strong enough to teach the three that sometimes you have to risk everything for love?

I've read a few Vanessa Vale books now, and this one is by far my favourite.  This is the first book in a new series based in a small mining town in the mountains where a new law has been passed that two men can marry one woman. Vanessa Vale has once again successfully combined two of my favourite sub genres - historical romance and menage romance - a combination that you don't come across too often.  It had romance, hot steamy sex, emotion and an interesting suspense storyline.

Luke is the mayor of Slate Springs and as he brought in the new law he is expected to set an example for the town by sharing a bride with his brother Walker. Luke turns to a mail order bride service, but he's not looking particularly looking forward to being married, he is doing it out of duty. Walker is even more reluctant to be married, as his first wife and unborn child tragically died. Celia is fleeing from her old life after her unfaithful husband was brutally murdered. Although she didn't kill him, the town still blamed her so she takes the only option she has - becoming a mail order bride. But she's shocked to discover that she hasn't just got one husband - she has two!

All three characters were likeable, but I especially loved Luke. He was very gentlemanly in public, but very naughty in the bedroom - the perfect combination! I really enjoyed the whole storyline, I can't really think of anything negative to say - except I wish it was longer as I didn't want it to end! Five stars. 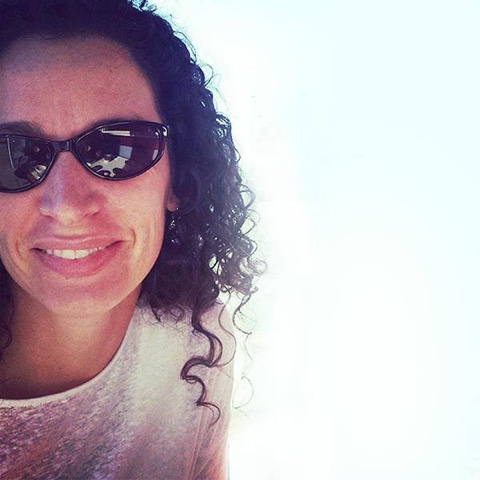 Who doesn't love the romance of the old West? USA Today Bestselling author Vanessa Vale takes the sensual appeal of rugged cowboys a step further with her bestselling books set in the Montana Territory. They are much more than just sexy historical westerns. They're deliciously naughty reads that sometimes push the boundaries of fantasy. It's pure escapism with quite a few very hot, very alpha cowboys.
When she's not writing, Vanessa savors the insanity of raising two boys, is figuring out how many meals she can make with a pressure cooker, and teaches a pretty mean karate class. She considers herself to be remarkably normal, exceedingly introverted and fairly vanilla, which does not explain her steamy stories and her fascination with cowboys, preferably more than one at a time.
She lives in the Wild Wild West where there's an endless source of 'research' material.
Author Links:
Website: http://vanessavaleauthor.com/
Newsletter: http://vanessavaleauthor.com/free-book/
Goodreads: https://www.goodreads.com/author/show/9835889.Vanessa_Vale
Amazon: https://www.amazon.com/Vanessa-Vale/e/B00PGB3AXC
Facebook: http://www.facebook.com/vanessavaleauthor
Twitter: http://www.twitter.com/iamvanessavale
Instagram: https://www.instagram.com/vanessa_vale_author/
Pinterest: http://www.pinterest.com/vanessavale1