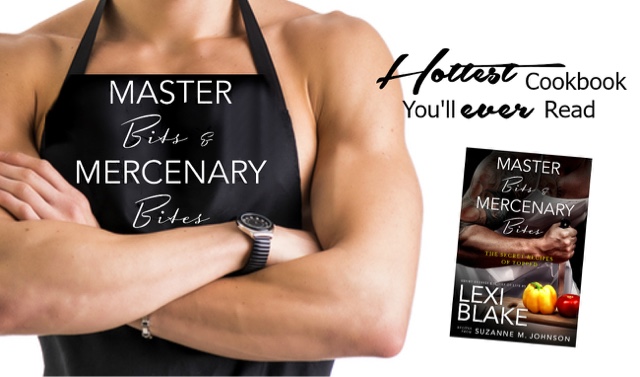 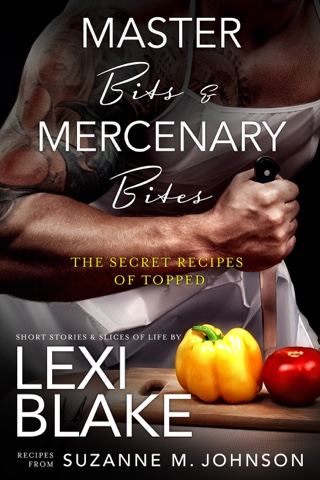 Top restaurant has become the hot spot in Dallas for elevated comfort food—and a side of spicy romance. Run by executive chef Sean Taggart, Top is the premiere fictional destination for gourmet food. Join creator, New York Times bestselling author Lexi Blake, and Southern food expert Suzanne Johnson as they guide you through the world of Masters and Mercenaries via the secret recipes behind the food served in Top.

But what would a gourmet meal be without some company? Spend an evening with your favorite characters from McKay-Taggart as they celebrate the special moments that make up their happily ever afters. Learn how to make Sean’s specialty dishes and Macon’s desserts while exploring the private lives of the characters who make up the world. From Charlie and Ian’s next demon spawn to a change in path for Simon and Chelsea, these are the times that bind us together, the moments that make us a family. 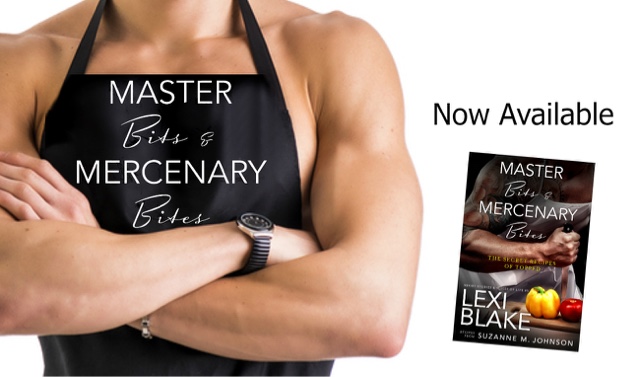 Ian went to grab the dog’s leash. Bud started up his pee-pee dance, his massive body twisting and turning as he ran after Ian. His big paws thudded against the brand new hardwood he would never have spent that god-awful amount of money on had he realized a dog would pee on it.
He looked back Charlie’s way. “You know there’s a whole forest out back for him to go in. He should be a free-range dog. Aren’t we taking away his dogness by putting him on a leash?”
Charlie frowned his way as she refilled Kenzie’s cup. “Yes, he’s the mighty wolf dog, Ian. I watched him run away from a bunny the other day.”
He grabbed the leash. “See, if he had to go out and hunt, he wouldn’t be such a shitty guard dog. Don’t even say it, you two. Say good words. Not Daddy words.”
Charlie put a hand to her belly. “I swear this one will come out giving the world the finger and cursing.”
Bud whined, running back and forth in front of the door. Ian sighed and attached the leash. He stepped outside and Bud took off, barking and jumping against the leash until he managed to drag Ian out onto the lawn where he immediately squatted in the middle of Charlie’s azaleas and started to take a crap.
Yep. This was his life. Watching the dog crap. He was so building a fence. “You know you were supposed to be a guard dog. You were supposed to be a raging, feral beast who would take out anything in your way.”
Sort of like Ian had been at one time.
He’d been the bane of intelligence agencies. He’d been Dr. Death, raining down justice and protecting America.
Now he was a dumbass with a mortgage, a dog who seemed to be a bit constipated, two tiny chaotic things, and another on the way. No one even let him kill people anymore.
It was a never-ending cycle of waking up in the morning and seeing their faces, taking care of them, going to work, coming home, and going to bed with his wife.
It was kind of fucking awesome.
Sure, his younger self would likely tell him he’d sold out and he was a pathetic version of himself, but his younger self had been stupid as shit. His younger self thought a great time was following a known terrorist around for three weeks so he could find the cell. His younger self had needed a freaking shower, some decent food, and a comfy bed.
And a dog who didn’t take his time with the poop.
“Come on, Bud. Pinch off, man. We’ve got shit to do today.” Well, he did anyway. He was sure Bud would have a full day of licking his private parts and waiting for the girls to drop food. Bud seemed forever optimistic that one of these days the girls or Charlie was going to drop a ham in front of him.
A butterfly landed on the bush next to Bud and that was when he went into protective mode. He barked, the deep sound threatening to anyone who didn’t know what a wuss he was, and he pulled hard at his leash.
Hard enough to make Ian stumble and damn near break his toe on the garden gnome Alex had left as a joke. Hard enough to send Ian crashing down to his knee, pain flaring and making him curse.
Bud twisted again and Ian tripped over the riding ladybug thing Kala liked to push around the yard. He landed flat on his back, looking up at the sky.
Taken down by a freaking ladybug. And his back was spasming. The pain flared through him and he could feel his lower back seizing like a motherfucker.
Bud suddenly blocked out the sky, his big doggie face staring down.
“Don’t you dare.”
It was too late. Bud licked his face and Ian realized he shouldn’t have gotten up that morning. Nope. He should have stayed in bed and then he would be warm and happy and not having his face licked by a gargantuan mass of body odor and a tongue that licked its own ass from time to time.
God, if he didn’t die from breaking his spine he was going to catch some dog disease and waste away. Right here. Because he wasn’t sure he could move. “Bud, I need you to go get Charlie. Go on. Run and get her.” He let the leash drop. Bud simply sat down beside him. “Go get Charlie, boy. I think she’s got a ham for you. Go on.”
Bud laid his big head down on Ian’s chest.
Now he had a sleeping mutt and a garden gnome that was practically up his ass. He could feel the pointy cap thing attempting to violate him.
“Ian? Ian, I need you.”
Thank god. His wife would laugh her ass off, but at least she would be able to maybe help him up.
“Ian, I think the baby’s coming.”
Yep. It was that kind of day.

If you're a fan of Lexi Blake's Masters and Mercenaries series then you're sure to enjoy this book. With the unusual combination of short stories and recipes, this is a unique book that is lots of fun.

The short stories allow us to catch up with the original MacKay-Taggart team couples, plus the characters from the Topped spin off series. As with the full length novels in this series, these stories brilliantly combine humour, passion, romance and raw emotions. My favourite story features Ian and Charlie, and Big Tag is as hilariously sarcastic as ever. I'm totally in love with his dog, Bud, too!

Suzanne M. Johnson has written the recipes for this book, and they are all inspired by Sean Taggart's restaurant Top. They all sound delicious, but I would have liked photos to go with some of the recipes - this is mainly because I'm from the U.K and a lot of the Southern dishes are unfamiliar to me so I struggled to picture them. Like Ian Taggart I love anything lemon so I'm planning on trying out some of the lemon desserts - yum!

This is a fabulous book, I thoroughly enjoyed it. Five stars! 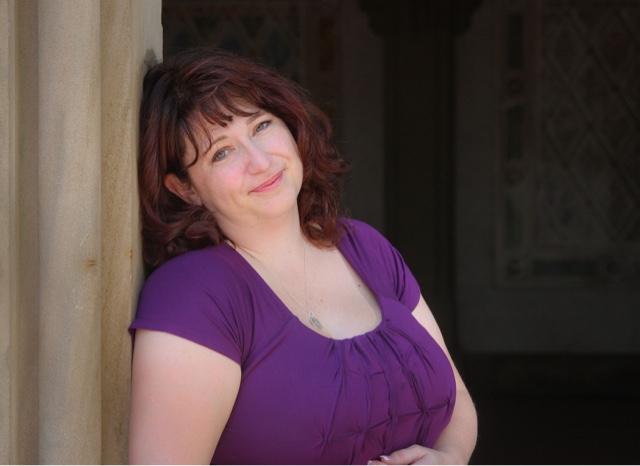 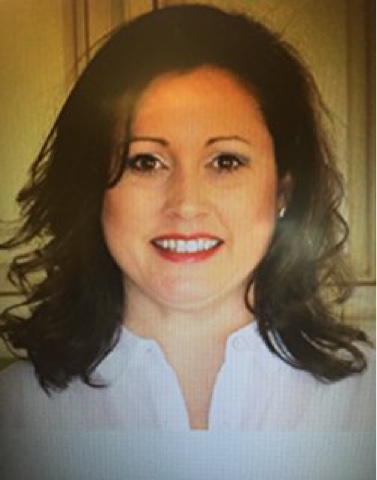 Suzanne Johnson is family-trained, a south Georgia native who’s been cooking all of her life, creating not only some really unique food, but precious memories that re-occur every time she smells something simmering in the oven.  In all of her books, Suzanne shows that making a delicious meal doesn’t have to be complicated — it just has to be made with love.  So go ahead, don’t be bashful, dive right in.  Who knows?  You might just make a few memories of your own.
Posted by Unknown at 05:00