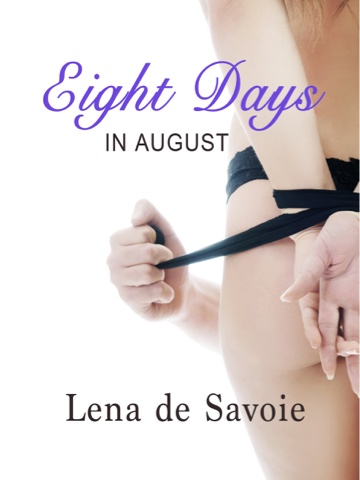 It’s Megan Welling’s lucky day. What woman wouldn’t want the ruthless, gorgeous, and controlling Jasper Sinclair tied up and at her mercy?

Jasper vows revenge on the sexy seductress who took advantage of him, but first he has to hunt her down. He doesn’t know her name, and has never seen her face. The only thing he has to go on is her connection to the painting stolen from his apartment – and their undeniable chemistry. 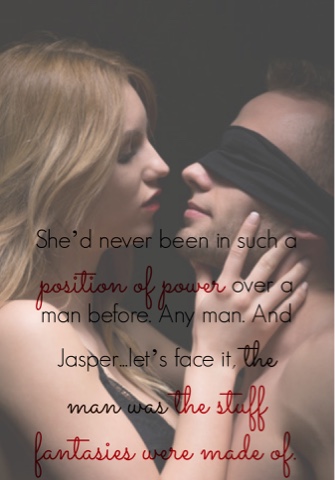 
“I wondered if I’d imagined you,” he said, and her heart stopped beating altogether.
Oh. God. Could her luck get any worse?
She didn’t speak, didn’t move.
Jasper stepped forward onto the balcony. She heard him fumble in the
dark, then the distinctive click of a door latch as he shut the door between them and the rest of the party.
“You’re not going to run out on me this time,” he said. He kept his voice low. Low enough that no one in the courtyard below could hear him.
“Want to bet?” she asked, her body poised for fight or flight.
He stepped closer, boxing her in against the cold stone balustrade. He chuckled, a deeply sexy sound that reverberated through her, sparking her body to vivid life.
Her eyes had adjusted a little to the darkness, but she could still see nothing of him but a shadowy outline. She hoped he could see just as little of her.
“It’s amazing how sharp your other senses become when you’re deprived of sight, isn’t it?” he asked.
She remembered. How his skin had responded to her touch, how the sound of her orgasm had fuelled his. She licked her lips.
Jasper leaned closer. “Your perfume is unique. Custom made. It won’t be long before I know your name.” He said it like a threat, but instead of hearing the danger in his tone, her body responded like an eager puppy, longing to press itself up against him.
She held it in check and found her voice. “Let me go. Please.” “Like you let me go?” he asked. “Not on your life, sweetheart.” Her back stiffened. On his lips, the term didn’t sound endearing. It
sounded sexy as hell, filled with the promise of retribution. 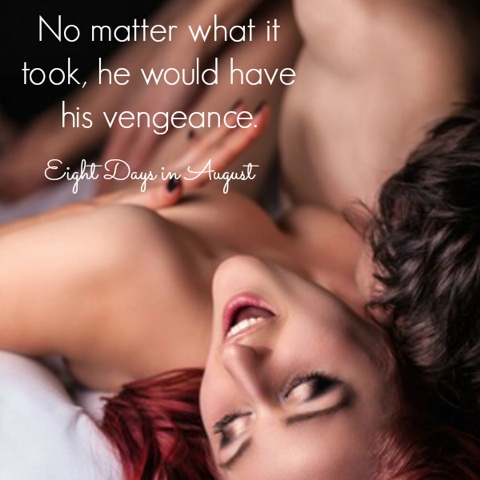 Eight Days In August is a thoroughly entertaining novella with plenty of heat and an intriguing storyline.  It's a quick read and is an ideal book to relax with at the end of a busy, stressful day. The story is fast paced and kept my attention from the first page to the last. The author's writing style was easy to read and I would definitely read more of her work in the future.

The chemistry between the two main characters Megan and Jasper was electric - these two were so hot together! I really enjoyed their steamy scenes, but I also loved the connection they had outside of the bedroom. This is a fun, sexy story that gets four out of five stars.


I voluntarily reviewed an ARC of this book.

Lena de Savoie is the pen name of a 20-something living large in London. Daughter of a French father and English mother, she inherited the perfect combination of style and stubbornness, passion and politeness, calm and confidence. She attended school and university in England and considers herself more English than French, but her heart will always remain in Paris.
She loves champagne and parties, shoes, hats and hot men, travelling to exciting destinations (not necessarily in that order) and she reads in every spare moment. Lena discovered writing after keeping a blog for a year as part of a dare, discovered erotic romance through the pages of her Kindle, and now liberally combines the two.
www.lenadesavoie.com
Posted by Unknown at 05:00