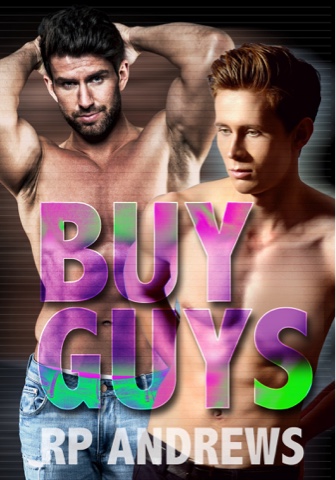 Pete, a young, gay handsome drifter, is convinced by his roommate Blaze to join him and leave dreary Jersey for sunny, sex-drenched Fort Lauderdale. Their mission is simple: make a free and easy living as male prostitutes on the escort site, Buy Guys. For a while things seem to go their way, but as Pete falls deeper in love with Blaze, he is drawn into a much more sinister scheme that eventually threatens to destroy them both.

Authors and Life Lessons That Influenced My Writing

But there have been a handful of writers that have made their mark on me for their realism and their attention to detail. Walt Whitman and Emily Dickinson, Tennessee Williams for his earthy sexuality, Camus, whose novella, “The Stranger” is a masterpiece of profound brevity, ditto with Conrad’s “Heart of Darkness,” and, of course, Virginia Woolf, who with “To The Lighthouse” crystallized the technique known as stream of consciousness.

But, hands down, the writer who most influenced me was Mark Twain and his “Huckleberry Finn.” Hey, I taught it when I was the one man high school English Department for my sixty-five member private boy school, the job I took in Florida after leaving New York and my thirty plus year PR career. It’s considered America’s first true novel, but what it taught me was the power of the rite of passage, episodic approach which enriches the plot with stories within the story, and explodes the opportunity for introducing new, fresh characters that help change the dimensions of your protagonist.

In fact, the plot and characters for my novella, “Not In It For The Love,” published by Totally Bound Press, were inspired by Twain and Huck. My protagonist, Josh, begins as a kid of North Florida trailer park trash, a druggie dad and alcoholic mom, runs away (much like Huck) to work as a waiter at his uncle’s motel in Key Largo where he moonlights as a prostitute to spice up married couples’ sex lives. He impresses Bishop, a Wall Street investment broker checking out the motel for possible acquisition by a major hotel chain, who takes Josh back with him to New York to be his trophy boy where Josh continues his bunk hopping in the NY gay scene of the 1990’s. Content up to then with just the sex, Josh falls in love with Hylan, a young, biracial, wheelchair bound musician. But their plans to run away take a strange twist when 9/11 hits the city – and the world.

I adopted the same strategy with “The Czar of Wilton Drive,” my novel published by Kokoro Press. Again my protagonist, Jonathan, is a young drifter, this time living on Staten Island, NYC, going nowhere as a Perkins server until he inherits two of Fort Lauderdale’s most successful gay bars from his late gay uncle who had been ostracized from the family when Jon was just a young boy.
Going down to claim his inheritance, Jon meets his late Uncle Charlie’s dubious leather friends, two of whom he falls in love with, and is swept into Lauderdale’s gay underbelly of drugs and deceit. By the end of the book, he is no longer the “wet-behind-the-ears” kid from Staten Island.

With “Buy Guys,” my latest novella published by Wilde City Press, I’ve once more used the episodic approach to carry my two main characters, Pete and Blaze, again, young, pretty and nowhere, through their new “careers” as Fort Lauderdale hustlers, and right into trouble that threatens them both.
I’ve always had an existential view on life and that view permeates through much of my writing. I loved Camus’ “The Stranger,” just as I was an addict to the AMC series, “Mad Men,” about as existential as you can get. And this often brutal but honest philosophy came to me early when I was just eight years old.

At the time, my mother worked in a cookie factory, and one of her co-workers offered to pick up her, my younger sister and Ifor a Saturday romp to Seaside Heights on the Jersey Shore. How I looked forward to that day. So that morning, with sand pails and shovels and blankets and beach chairs in tow, we trotted down to the pre-designated spot where Mom’s friend would swing by and pick us up.
Only she never came.

After an hour of our futilely waiting and me counting cars as they whizzed by, Mom forced us to face reality and turned us right around for home.

What I learned that day I never forgot and has, rightly or wrongly, guided me throughout my life: never put your faith in other people; always rely first and foremost on yourself; and always, always have a Plan B.

That philosophy has never failed me, and is the DNA behind many of my characters, floundering through life, surrounded by users and abusers, with only themselves to depend on. 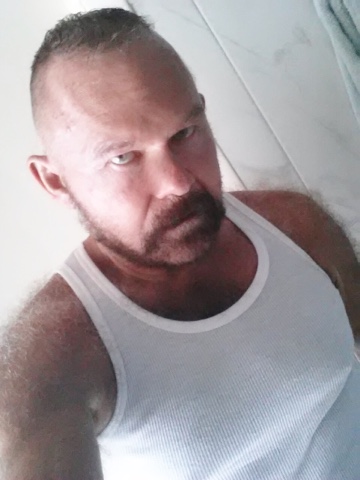 RP Andrews spent most of his life in New York City as a public relations executive before relocating to Fort Lauderdale in 2002, where he enjoyed a brief second career teaching writing at a local university.
All his works of erotic gay fiction and non-fiction are available at amazon.com and barnesandnoble.com and selected publisher websites.
His first work of erotic gay fiction, a collection of edgy short stories called Basic Butch, was originally published by San Francisco-based GLBT Publishers in 2008. Basic Butch features characters who go down life paths that, in the end, they wish they had never explored.
His latest works of serious gay fiction include:
The Czar of Wilton Drive, the story of Jonathan Antonucci, a twenty-one-year-  old, barely-out-the-closet gay man from suburban New York who overnight finds himself a multimillionaire, thanks to a bequest by his late gay uncle. Uncle Charlie has unexpectedly died of a heart attack, leaving him the sole owner of several of the most successful bars in Wilton Manors, Fort Lauderdale’s gay ghetto, making Jonathan the Czar of Wilton Drive.
Flying down to Lauderdale to claim his bequest, Jon encounters Uncle Charlie’s dubious friends and business associates, and is immediately submerged in Lauderdale’s scene of unbridled sex and heavy drugs. He also discovers his great uncle’s memoirs which reveal truths not only about Jon’s own past but also what may have really happened to his uncle. In the end, Jon is torn between avenging Uncle Charlie’s death or loving the man responsible for it. From Kokoro Press.
Not In it For The Love, set at the turn of the new millennium. Josh, a young street-smart Florida drifter is snatched from his dead-end existence as a male hustler in a cheap Key Largo motel by Bishop, a Wall Street power broker who sets him up as his trophy boy in Manhattan society.
There, Josh, after leading a promiscuous lifestyle within New York City’s gay sub-culture, meets Hylan, a young, bi-racial, down-on-his luck, wheelchair-bound musician who awakens in Josh what love can be between two men. But their chance at happiness and the lives of those around them are forever changed by 9/11. From Totally Bound Press.
Buy Guys, his latest novella published by Wilde City Press, is the story of Blaze and Pete, two young, handsome drifters with nothing and nothing to lose. Blaze convinces Pete, who is falling in love with him, to leave dreary New Jersey and lead free and easy lives as male prostitutes in sunny Fort Lauderdale, posting their profile on the male escort site, Buy Guys. Blaze, however, soon pulls Pete into a much larger, more dangerous scheme, a scheme that eventually threatens to destroy them both.
RP Andrews’ daily social commentary blog on gay life in America has been running since 2010 at str8gayconfessions.com, and a second edition collection of these commentaries is available as an e-book on amazon.com. Confessions of a Str8Gay Man is RP Andrews’ unvarnished, unorthodox views of Modern Gay America which are often counter to today’s political correct gay media.
In addition, there is Furry Man’s Journal, his erotic memoirs as a hirsute gay man as told through his experiences with the dozen iconic men in his life.
For more info, visit rpandrewsgayfiction.com on your laptop; or gay-erotic-fiction.com on your tablet or smartphone.