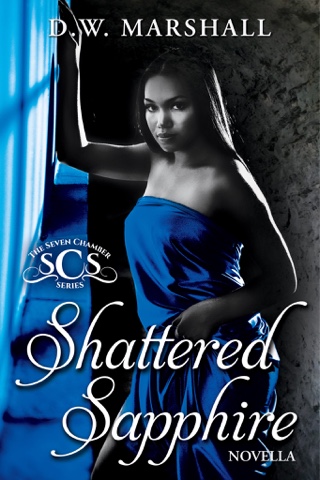 Sapphire's world falls apart when she learns that, like the other six girls, she will be sent home. While the rest of the girls cheer for their freedom, Sapphire realizes that at home she will never be free. At home she will be judged for her sexual appetite. At home she will be forced to become Emmanuella Maria Alves, daughter of devout Brazilian Catholic parents that have never accepted her for who she is.

In Shattered Sapphire, Emmanuella's journey begins when she fights to find her way back to The Chamber, back to her true love’s arms, and to become the woman she was meant to be...Sapphire.

Chapter 1 - I Want Him To Want Me
I can’t believe these girls. Not one of them can appreciate how good we have it here. Why would anyone want to leave this place? The Chamber is perfect. Sex is just sex. I mean, I have told them all this fact at least a million times. They need to seize this moment because we will not have these bodies forever. Not one of them thinks like me, but one day they will.

I am the only one who treated each day at The Chamber like an answered prayer, like I hit the lottery. And because I am too much of a chickenshit to tell Mason that I want to stay, I am being shipped home this morning with the rest of my weak sisters. Don’t get me wrong—after a year of being in their presence, they have all grown on me. I can really call them sisters now. Still, to say we have much in common would be telling a lie. I am an island. The only person I ever met who I have anything in common with is Mason. Oh, and Ivory.

It’s my own fault. There is no one else to blame but me. It’s not like I have any excuses. During the past year I had nothing but time and opportunity to tell Mason that I wanted to stay, especially when he sent for me so many times during my year of welcomed captivity. In my defense, I thought we were getting serious enough that he would want to keep me. I believed that what we shared was the start of something. My pride got in the way, because I obviously got it in my head that what was developing between us also meant something to him. I wanted Mason to want me to stay—I wanted him to want me. My desire was for him to show me that he felt the time we shared together was special.
Guess what? I’m heading home.

The other reason I think I held back is the fact that he’s married to Ivory. I mean, he’s married to her. How can I mean anything to him when he already has a wife? My first night here he commented that I could be his next wife. But what does that mean really? Men talk, right? Especially since his cock was down my throat when he said it. Thing is, if I was only special enough to him to be an addition to his harem, then what we shared wasn’t as important to him as I thought. Damn. Out of all of the men on the planet to fall in love with, I pick the most damaged—someone incapable of love.

A man like Mason lives by one code:  life is about fucking. 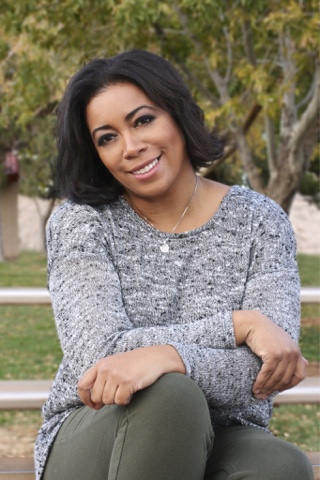 D.W. Marshall an author of an elclectic array of romance novels writes direct and distinctive dialogue wrapped in sensual imagery. The first in her series, featuring Vivian Travis, is Stolen Flame. As a wife and mother residing in Las Vegas, Nevada, Ms. Marshall uses the sexuality on the streets of Sin City to fuel her stories. She is in her bliss with pen in hand creating her characters.

“…much more than the usual erotica books, as it has humor, drama, action and reality.”

“…dynamic and it really stirred my imagination. The book clearly left me thirsting for more.”

“A dark yet captivating story line keeps you engaged the whole time.”

“I’m actually excited to see how the other girls handled their time during and after the chamber!”
Posted by Unknown at 05:00