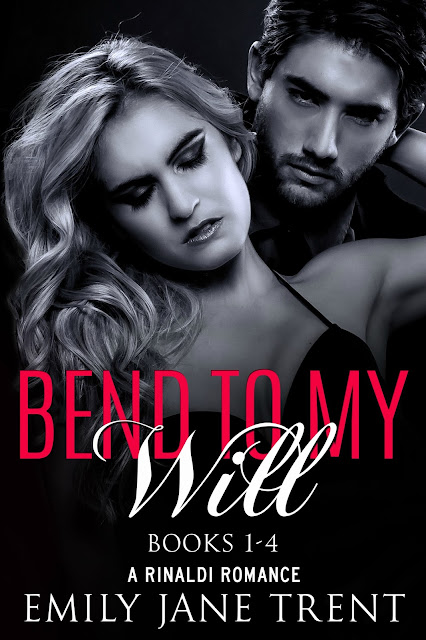 Sexy billionaire Jacob Rinaldi needs a new submissive.
But he does not have romance in mind.

He has his choice of women, but is obsessed with having Vivienne Lake. In this hot love story, he faces the darkness that threatens to engulf him. Vivienne discovers the joy of submission, which teaching Jacob that love isn’t out of reach.

SPECIAL OFFER: Books 1-4 are now available in a Boxed Set!

Forbidden Passion (Bend To My Will #1)

Vivienne Lake captivates him from the first moment, but she thinks he is rude and arrogant. Yet also, sexy as sin. Despite being wrong for each other, one passionate encounter leads to another. Jacob discovers that dominating Vivienne is more of a challenge that he anticipated. Will she enter his forbidden world? Will he let her?

Seductive Affair (Bend To My Will #2)

Jacob can't forget Vivienne.
And must persuade Vivienne to be his submissive.

Vivienne knows that Jacob Rinaldi is the only man for her, even if she is mad at him. On a trip to Paris, an unexpected event fuels her passion, once again. And she must make a decision. Separation is torture, and Jacob hopes a romantic interlude at his luxury villa will convince her to agree to his terms.

Will Vivienne turn away from Jacob? Or will she give in to powerful desire?

Intimate Kiss (Bend To My Will #3)

Jacob must keep romance out of the playroom, but Vivienne has a way of making him break the rules.
Will one intimate kiss steal Vivienne's heart?

With a brash move, Vivienne defies Jacob. She craves their sexual intimacy, but wants more.

Jacob allows deeper intimacy, despite the emotional risk.
Denying the power of Vivienne’s submission and passion is impossible.

Vivienne stirs emotions that Jacob is unable to repress, and the relationship careens into uncharted waters. He can’t blame Vivienne for envisioning a different sort of relationship than they have. After all, Jacob takes her on dates then shares the playroom with her, which sends conflicting messages. 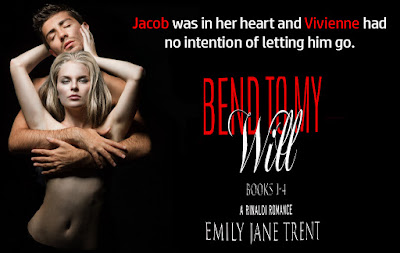 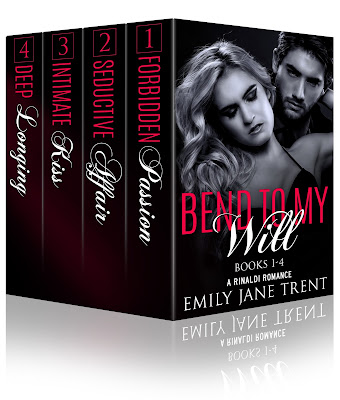 
Inviting a woman to be his submissive had not been an issue before. Jacob struggled to recall why it had been so easy. It seemed the women had come to him, or if not, they waited in line for him to ask. But it had not been difficult.

Now he felt like a teenager on a first date. Jacob was nervous, and that just couldn’t be. He commanded women and they did his bidding, saw to his pleasure. So what was it about this one? He feared he’d lose her. And he didn’t even have her yet. 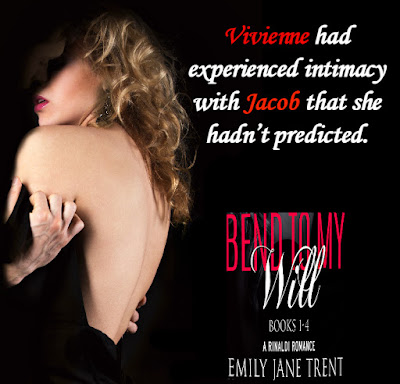 I was really impressed with this box set which contains the first four books in the Bend to my Will series. Sometimes series like this annoy me, as I prefer each book to be a complete story - but this story is so good, it really doesn't matter to me that it's a serial. It does end on a cliffhanger, and I'm now desperate to read part five of the series, which I believe is already released. There is so much going on in this story, there are many layers to the plot, yet it is easy to read. There is intrigue, mystery, romance, emotion and lots of passion. This is one of those books that grabs you by the throat and pulls you into the story - it's addictive!

Jacob is amazing, he's arrogant yet endearing and boy oh boy is he hot. He's used to getting his own way, but Vivie throws him off of his game, he's never met anyone like her before. His seduction attempts with Vivie were charmingly clumsy, he just couldn't get it right! I'm dying to know what his big secret is and what happened to him to make him the way he is now. Vivie and Jacob make a great couple and I can't wait to see what this future brings for them. This is a brilliant story, I thoroughly recommend it - five stars! 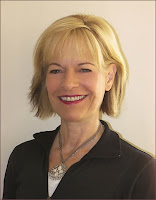 Emily Jane Trent writes steamy romances about characters you’ll get to know and love. The sex scenes are hot, and the romance even hotter! If you are a fan of stories with a heroine that’s got spunk and a hunk of a hero that you’d like to take home with you, these stories are what you’re looking for. The stories will let you escape into a fantasy – and you won’t want it to end - ever. 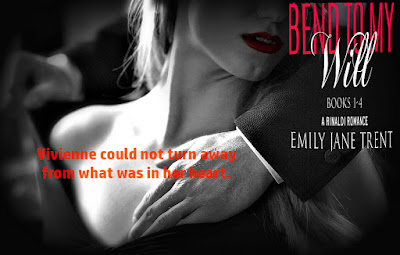