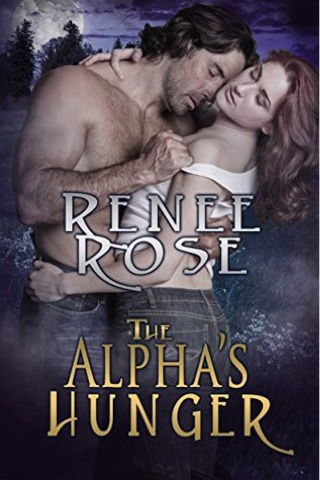 ~2015 Reader's Choice Nominee for The Romance Reviews Best Paranormal~
When she took a short rest on the floor of her cubicle while working late, the last thing Ashley Bell expected was to wake up with the company's notoriously hard-assed owner and CEO, Ben Stone, standing over her. The offer of a ride home is a bigger surprise, but the biggest shock of all comes when Ben asks her to work for him as his personal assistant.

Despite some misgivings about his intentions, Ashley accepts the position, but she has barely started the job when a phone call turns her life on its head. Her twin sister has been kidnapped, and the price for her life is Ashley's help in a secret plot to destroy Ben's company. But she soon discovers that Ben has a far more terrifying secret of his own.

From the moment he first crossed paths with Ashley, the beautiful young human from marketing, Ben has been consumed by her. When her life is threatened by his enemies he casts aside caution and fights with the rage of a beast defending his mate. Not sure he can trust her, yet determined to protect her, Ben kidnaps Ashley, planning to keep her under his watch for as long as necessary.

Ashley is none too happy with the situation, but a hard bare-bottom spanking changes her attitude... and leaves her begging for more. Though Ben knows a human girl is no match for the fearsome lusts of an alpha wolf, she ignites in him a hunger he can barely contain. Can he resist the urge to mark her as his own and take her harder than she can imagine?

Regular readers of my blog will know that I'm not a huge fan of paranormal or shifter romances, but this one from Renee Rose gets a thumbs up. The Alpha's Hunger is exciting, suspenseful and oh so sexy. This is the second book I've read by this author, and boy oh boy can she write a hot spanking scene! The storyline is interesting and flows well, and the characters have a lot of depth to them.

The hero Ben is an alpha wolf, and he's a brilliant character - dominant, protective and as hot as hell. The heroine, Ashley, is a great character too, I really liked her. Ashley's not a shifter, she's human, so when they fall for each other it causes some interesting problems. Love between a wolf male and a human female is never going to be easy!

The Alpha's Hunger is an enjoyable read, so it receives four out of five stars.

I received a copy of this book in exchange for a honest review.
Posted by Unknown at 13:43