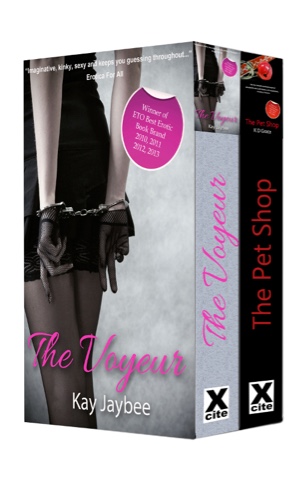 The Collared Collection is a two-novel boxed set from the pens of multi-award winning erotica writers, K D Grace and Kay Jaybee.

Blurb
In The Pet Shop by K D Grace, in appreciation for a job well done, Stella James's boss sends her a pet, a human pet. The mischievous Tino comes straight from The Pet Shop complete with a collar, a leash, and an erection. Stella soon discovers the pleasure of keeping Pets, especially this one, it's extremely addicting. Obsessed with Tino and with the reclusive philanthropist, Vincent Evanston, who looks like Tino, but couldn't be more different, Stella is drawn into the secret world of The Pet Shop. As her animal lust awakens, Stella must walk the thin line that separates the business of pleasure from the more dangerous business of the heart or suffer the consequences.

Upon the backs of his willing slaves, Mark has written out his fantasy list in thick red pen. Only Fantasy 12 awaits the tick of completion against their flesh before Mark's ultimate fantasy, Fantasy 13, can take place. But have the girls performed well enough to succeed in the final challenge? And what hold does Bridge's gentleman's club, Anya's previous employer and a place she was delighted to escape from, have over Mark?

In order to find out, the girls are going to have to face some of the fantasies they thought they had left behind them all over again.

Extract from The Pet Shop-
Wet and cold, Stella was trembling hard enough that is was an effort not to spill the cocoa. ‘You’re Tino, aren’t you?’ She spoke between chattering teeth.
His back stiffened slightly, then relaxed again as he continued to dig through his pack. ‘I’m Vincent.’
She sat the cup down next to her and chafed her arms. ‘I know you’re Vincent, Vincent Evanston, but you’re Tino. I mean he’s you, isn’t he?’
He turned on her quickly and grabbed her shoulders so that she feared he would shake her. Instead he began to chafe her arms, his dark eyes locked on hers. ‘I told you, Tino’s not here.’
‘But I — ’
He swallowed up her words in an open-mouth kiss, taking her breath away, taking away her ability to think with the heat of it, the expressive depth of it. He bit her lip as he pulled back, still holding her gaze. ‘Tino’s not here,’ he repeated. His voice held the tiniest edge of warning.

Extract from The Voyeur
Reclining in his chair, Mark raised his arm as if he was about to start a race, and gave the first order. ‘Strip.’
With practice born of repetition, the women divested themselves of their clothing, heaping their discarded garments onto the bed behind them.
Mark took a moment to study his staff, and then pointed to the foot of the four-poster bed. Understanding the unspoken request, the women stood, face to face, one metre apart.
Anya could feel her heart rate quicken further as she regarded Clara. It didn’t matter that she had enjoyed the feel of Clara’s skin a hundred times before; all that mattered was feeling it again, and soon...

Buy exclusively from Amazon, or read as part of your Kindle Unlimited membership -http://mybook.to/collaredcollection 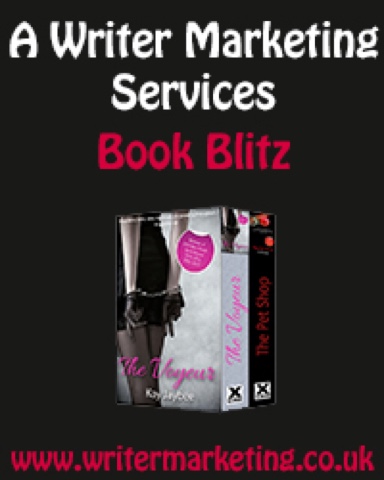