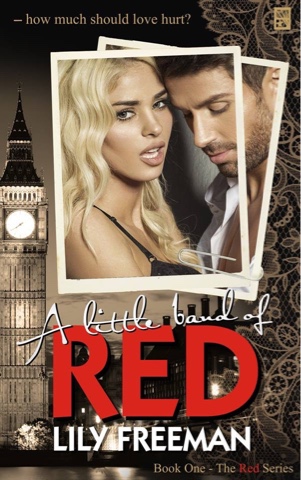 BLURB
Polly Jayne Lester’s life was falling apart. Between her cheating fiancé and her narcissistic boss, she could see no way out. That was until an unexpected lottery win changed everything. With millions in her bank account, PJ abandons her old life to start a new one in London. It’s there she finds her dream home on the banks of the Thames, and also her dream man—in a bondage club. But it’s the other man, watching from the shadows, who will ultimately claim her heart.

Luke Monroe is tired of playing a role that has left him emotionally void and completely alone. For the past fourteen years, all he has known is sadism and control. But on the night he decides to walk away from everything, he sees her, in the club—the one woman that could change everything. The only problem is, she’s on her knees submitting to another man.
Refusing to give up his last chance at finding happiness, Luke bides his time: waiting, plotting.

Filled with trepidation and excitement, PJ returns to Bond Street, only to find herself at the mercy of a stranger. Master Luke is a fantasy, dominant and sexy, charismatic and passionate. Yet the illusion he so effortlessly created for her is shattered when she discovers he’s a sadist, known for his cold-hearted brutality. PJ flees.

But when a phone call has her returning to the club, he’s waiting—her beautiful, blue-eyed nightmare. Luke is relentless as he charms his way back into her life. But why? PJ is not a masochist. She can see no future for them. Yet despite their irreconcilable differences, neither of them can deny the attraction that first brought them together.

The question is, how much should love hurt? 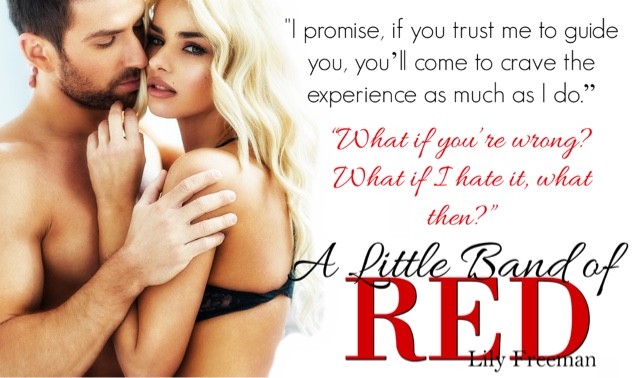 “Ahhh, please, Master …”
Luke Monroe cracked the flogger, the heavy black strands hitting the woman chained in front of him, square across the shoulder blades. Her whole body bowed, her legs trembling violently, right down to the six-inch heels she wore. It was all Luke could focus on, the wicked little spikes digging into the thick Persian rug, red and pink, such a striking combination and strangely fitting. In the muted light of the dungeon, she too was painted in the soft hues, her back and thighs a riot of stripes yet Luke couldn’t see the beauty in it tonight.
She was gasping, clearly begging for more and she could take it, her need for pain rivaled his own, which was rare, but as the flogger fell from his hand, hitting the floor with a loud thud, he knew their scene was over.
“Please, Master, I’ll be good … do anything, I can take it.”
“Did I say you could speak?” Luke took a step back, his gaze sweeping around the room, taking in every little detail from the candles burning gently in the wall sconces to the heavy chains dangling from the ceiling.
How many nights had he stood in this exact spot with a willing sub, bound and begging for his mercy? He honestly couldn’t count. There were so many nameless, faceless women, so much pleasure and so much pain, but right now he felt nothing but an ungodly sense of dread.
With slow methodical steps he paced round the room, his heart pounding, his head spinning. What the fuck was happening?
Why now after all these years was he questioning the decisions he’d made, the things he’d chosen to sacrifice in order to fulfill his desires? He’d known back then when he’d first recognized his need to dominate, to evoke fear and give pain that he was never going to have a normal relationship, although God knows he’d tried, pushing his partners to their limits, then a little bit further. It was a fucking risky game when you were a sadist.
“Forgive me, Master.”
Lana’s plea floated around Luke like a sickly sweet scent. He swallowed, trying to dislodge the uncomfortable pressure building in his chest. “Enough, we’re done here tonight.”

A Little Band of Red is the first book in a new series - and wow what a start this was! I can't wait for the second book to see what happens next. The main characters have so much depth to them, and I really felt like I knew them both. I am just as intrigued by some of the supporting characters and I'd definitely like to read more about them. This is the first book I've read by this author and I am very impressed. Her writing style is easy to read, the story flows well and the world and characters that she's created are absolutely fascinating.

Just when she really needed it PJ had a life changing lottery, so she's flown to the other side of the world for a fresh start. A new friend introduces her to the world of BDSM and PJ somewhat reluctantly accompanies her to a club. There she meets Master Luke who shows her the pleasure to be had by submitting. But when she hears about Master Luke's terrifying reputation as a brutal sadist, PJ flees. Luke wants something more from life, and is convinced that PJ is the woman he can built a future with.  But can they really have a future together when their needs are so different?

Luke is a complicated, unique character who I loved reading about. His chemistry with PJ is red hot and I think they make a great couple despite of (and maybe because of) their differences. The star of the show for me was the little stray dog who stole PJ's heart - he totally stole mine too. I'm also very intrigued by PJ's neighbours and her relationship with them - I definitely want to find out more about this sexy couple in the next book. A Little Band of Red is a real roller coaster ride that kept my attention from start to finish. Five Stars!

I didn't discover writing like most authors do. There was no childhood dream, no undeniable urge to put pen to paper. My story started off with an unexpected life changing event : a sizeable tax refund and a water-taxi ride caught from the wrong side of the Thames. I've always been an avid reader and a daydreamer, so when an idea for a novel was born from those three seemingly unrelated events, I ran with it.
That idea became an obsession and also a passion. My characters are big and bold, the men are dominant to a fault and the women are strong and sassy. I'm fascinated by the concept of fate. One decision causing another and another, all of them having consequences which ultimately draw my characters together only to tear them apart. There will always be a happy ending, because there's no denying, I'm a romantic at heart - but a little pain woven amongst all that pleasure makes for a very explosive plot.

When I'm not writing or meticulously plotting my next novel, I am a wife and a mother. I have a healthy appetite for physically challenging sports and I love coffee. If all else fails you'll find me reading a book which was how my journey began and will no doubt be how it will end.