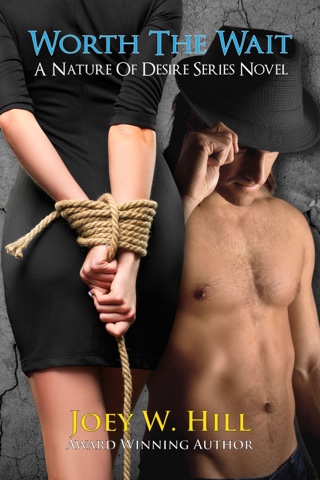 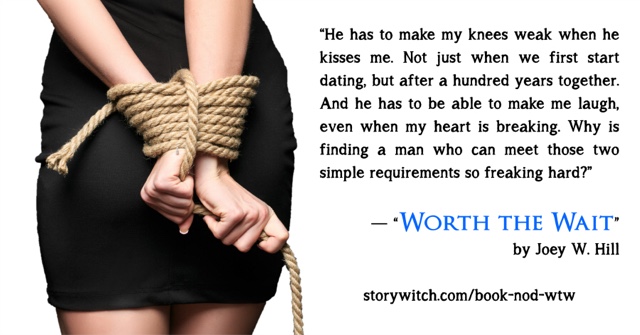 “So why do you come to the orchid conservatory?” Julie asked. “What do you like about it, beyond the obvious that it’s amazing?”
Des stopped before a trio of white orchids. “Notice the shape of the petals. When I look at them, I imagine transforming the female form into the same shapes, using rope. I get a lot of ideas from gardens, particularly orchids.”
He traced the air before one of the flowers. “Imagine that’s her thigh, lifted, bound to her ankle. Her back arched, arms behind her so her breasts form this curve here… I’d suspend her, but I’d also twist a rope beneath her, so it would become the stem of the flower and anchor her.”
As he described it, she could see it. “Why does it give you such a charge? It’s not just about tying a woman up so you can do whatever you want to her. Or is it?”
He gave her a quick, very male smirk. “That’s a very important perk. But yes, there are other reasons. I explore a lot of rope disciplines, and one of my personal favorites is semenawa, torture rope. Not as scary as it sounds. It's about contrasting stimuli."
He shifted behind her. "Pull all your hair over your right shoulder."
He could say things in a manner that wasn’t saying them at all, as much as commanding them. What made it so intoxicating was that he pulled it off in such an unexpected moment. Des didn't appear the commanding sort…at first glance. Yet he could compel a woman’s attention with his unwavering gaze, the set of his jaw and an energy that emitted from him even when he was saying nothing at all.
"The other right shoulder." His voice held heat with humor, acknowledging the reason for her distraction. When he shifted closer, his breath stirred the fine hairs on her exposed neck. His body didn't touch hers, but a dense aura stroked her, a cushion of magnetism between two closely aligned bodies, the strength of his interest in her, his desire.
Curving his hand over her hip, he put his lips over the pounding pulse in her throat. A small breath escaped her, a shudder swaying her into a light brush against him. He moved in, and his lips parted, tongue teasing her.
"See how the top part of the orchid is slightly twisted?"
She nodded, her eyes fixed on it. His grip left her hip and cupped her hand, her knuckles nested in his palm. His thumbcame over them to press into the flesh at the base of her fingers while his other fingers constricted, capturing her hand fully. Slowly, as his mouth stimulated a thousand nerve endings in her throat, he began to turn her wrist. Not a lot, but his hold and the angle made her gradually aware of pressure and his strength, discomfort edging toward pain. Just when she thought she was going to have to ask him to stop, he did, holding her hand at that unnerving stress point.
His lips created a lot of mad swirling between her chest and the folds of her sex. His inflexible restraint on her hand sent a bolt straight to her core just as powerful. The mix of sexual stimulihad her reaching for his hand on her other hip to steady her, even as things became far less steady.
"Imagine I can tie you in the shape of that flower,” he said, lifting his mouth a fraction from her skin. “I can. You’ll struggle between pain and ecstasy, and I’ll use both to break you into a world of your mind you can't imagine, where every reaction you have belongs to me. I have full command of your senses, your body. You're not even sure if your soul belongs to you anymore.You’re stretched to your physical limits, but you’re aroused, too, not wanting the tension to end.
“Earlier, you asked what kind of Dom I am. That’s your answer.”

WANT TO READ HOW WORTH THE WAIT BEGINS?
FREE CHAPTER ONE: http://storywitch.com/book-nod-wtw

The title of this book says it all really - the long wait for this book was definitely worth it! It's a fantastic addition to Joey W Hill's wonderful Nature of Desire series. This one is a real roller coaster ride which had me in floods of tears at times. It shows the beauty of D/s relationship and is a powerful read that will stay will me for a long time. Another plus is that Marcus and Thomas from Rough Canvas appear in this book to support their friend Julie - and they are both as sexy as ever! Joey W Hill's writing is, as usual, flawless and the storyline was quite simply amazing.

Free excerpts from all her works are available at www.storywitch.com, and additional vignettes, character interviews and graphics inspired by the work are at the fan forum site, accessible via www.storywitch.com/community. Subscribe to her newsletter from her home page and receive the latest info about appearances and releases.