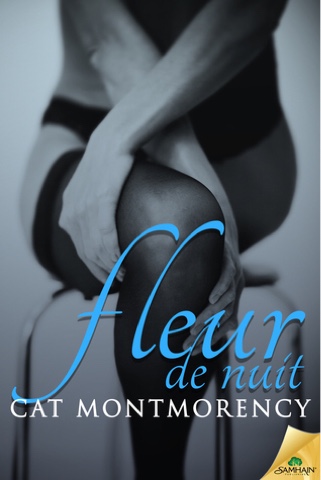 Decadent food, smoky music, dark delights—who could live in the French Quarter and not be tempted to partake? Moira D’Arcangelis, that’s who.

Ever since her college boyfriend tried to add her to his list of murder victims, she’s lived a quiet life, which is code for no life at all. When her best friend Kara convinces—okay, drags—her to meet Adrian LaCroix, master of the local underground kink scene, his commanding presence and sexy Cajun accent bring her latent desires back to life.

His offer to train her as a Domme is the key to regaining control of her life. Yet becoming Adrian’s protégé comes with complications. As he opens her body, mind, and soul, she begins to see Kara in a new light—right about the time a legendary Domme returns, intent on stealing Kara away.
Moira has a fight on her hands. For Kara, and against a past that comes roaring back with a vengeance. She’ll need every trick Adrian can teach her to win the right to both life—and love.

I don't come across many F/F books that feature BDSM, so I was very excited to have the opportunity to review this one. Initially I found it a bit hard to get into, but after the first couple of chapters I was totally hooked.  Honestly I found this book kind of addictive! It's set in a kink club in New Oleans, and the author managed to bring this magical setting alive. It has just enough French words and phrases in it to add to the atmosphere, but not enough to confuse someone who's forgotten 99% of the French that I learnt in high school!

I received a copy of this book in exchange for a honest review.
Posted by Unknown at 04:30