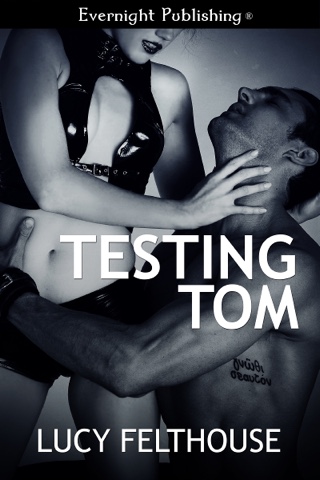 When Katrina’s ex, Tom, turns up on her doorstep, he’s literally the last person she was expecting to see. After dumping her and running off with a vanilla chick, Tom broke the Domme’s heart and left her seriously hurting. So when he returns, begging for another chance, Katrina is understandably very confused and protective of her bruised feelings. She finds it very difficult to believe that he’s turned his back on a vanilla lifestyle for good and wants to be with her, a professional dominatrix. Rather than letting her head or her heart figure out what to do, whether to forgive him, she decides to put Tom through a series of challenges that will prove his devotion to her—or not. Testing Tom is not something she’d ever expected she’d have to do, but to her, it’s the only way she can be sure whether he’s back for good.

This is a previously published work. It has been edited for Evernight Publishing. 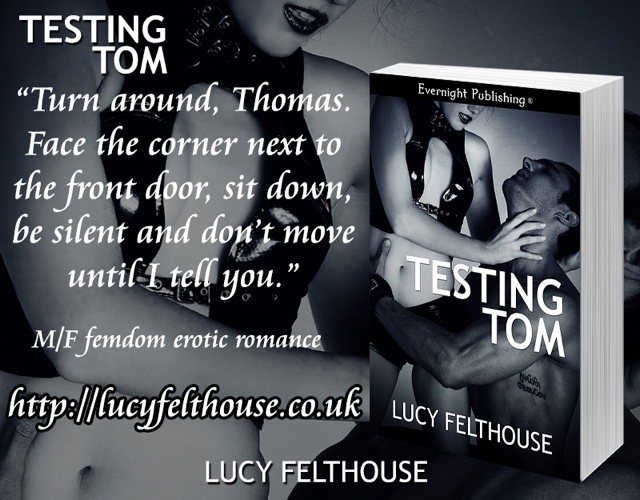 Excerpt:
Katrina was halfway through an episode of her favorite drama series when her doorbell rang. She jumped, gasping as her heart lurched painfully, then pressed ‘pause’ on the remote control. Wincing slightly as she unfolded her legs from beneath her bottom—she’d been watching the program back-to-back for a couple of hours and she was stiff—she moved to the window and peered out through a gap in the curtains, careful not to let the mystery visitor see her, should she need to ignore them. Cold callers were common in her area, and drove her crazy. If she wanted to buy something, she’d contact them, not the other way around.
As it happened, it wasn’t a salesperson. She ducked back from the window, clenched her hands into fists.
“What the fuck is he doing here?”
He was literally the last person she’d expected to see standing at her door. Prince William or George Clooney would have been less of a shock.
For there, outside her house, stood the man that had broken her heart several months ago. Thomas Black. She hadn’t seen hide nor hair of him since, and now, totally out of the blue, he’d turned up.
Katrina contemplated ignoring him, going back to her show and pretending she wasn’t in. But apparently that wasn’t an option.
“I know you’re there, Katrina,” he yelled through the letterbox, “your car is on the drive, and I can see the glow of the telly through the curtains.”
Katrina decided it was time to get thicker curtains. Not wanting to cause a scene, which her nosey neighbors would no doubt adore, she moved to the front door, unlocked it and flung it open.
“Get in,” she said, quickly closing the door behind him, then turning to face her unwanted visitor. “What the hell do you want?”
He held his hands up in supplication, then spoke. “Look, I know I’m probably the last person you expected to see—wanted to see—but I have to talk to you. Please?”
He adopted the puppy-dog look he’d long-since perfected. Katrina sighed.
“You’ve got five minutes. Sit down.”
They moved over to the sitting area, and Katrina deliberately sat in the chair, so Tom couldn’t sit next to her. Settling onto the end of the sofa nearest to her, he clasped his hands together, presumably to summon his courage, and began.
“Kat, I’m here to say I’m sorry, all right? I was wrong, so wrong, to finish with you the way I did and go off with Alicia.”
“She dumped you, has she?” Katrina clenched her teeth, and felt the rage beginning to build inside her. If Tom thought he could come running back to her because his bimbo had ditched him, then he had another think coming.
“No,” he said firmly, and, she suspected, honestly. “I finished with her, actually. When I realized that I wasn’t happy with her. She never made me feel the way you do, Kat. Not once. And I know, I know it’s my fault. I wanted something… different from what we had, or at least I thought I did. I couldn’t help thinking at the time that what we did was wrong, was weird. Abnormal, even. So when Alicia started flirting with me at work, I started thinking perhaps I should try for something normal. Like everybody else out there.”
He fixed her with his soulful gaze, and continued. “But I couldn’t have been more wrong. Yes, Alicia offered me normality, a vanilla relationship, but I soon discovered it couldn’t satisfy me. Sure, she could make me come in all the usual ways—”
“Ugh, I don’t want to hear this, Tom. I don’t want to hear about your sex life with someone else!”
“Sorry, Kat. Please, just let me finish?”
When she gave a curt nod, he carried on speaking.
“Alicia could make me come in all the usual ways—I am just a man, after all—but it wasn’t the same. Wasn’t as good. It wasn’t long before I started to miss you, miss what we had together, both in and out of the bedroom. I ignored it for as long as I could, forced myself to make the effort with Alicia, but it just got to the stage where I couldn’t do it anymore. Couldn’t ignore what I was, what I enjoyed, what I needed. And that’s you, Kat. I need you, and everything that goes with you.”
As a Domme, Katrina had become an expert in hiding her feelings, whether she was aroused, angry, happy, sad… it was all stuffed behind a stern facial expression. Now, though, she almost faltered. When Tom had left her, she’d remained cool and silent until the door had slammed. Then she’d broken down. She’d been deeply in love with him, and his decision had left her devastated. Months down the line, her love for him hadn’t faded, not one bit, and the fact that he was here, right now, apparently trying to get her back, was something she’d never expected. She didn’t know whether to laugh, cry or throw something at him.
She didn’t do any of those things. She kept her face straight, her thoughts whizzing through her head at a hundred miles per hour. Eventually, after letting him squirm in his seat for a minute or so, she replied. “So what exactly are you saying, Tom? What do you want?” She knew the answer, but she wanted to make him suffer, the way he had done to her after ditching her for something, someone, that could never satisfy him.
*****
Review 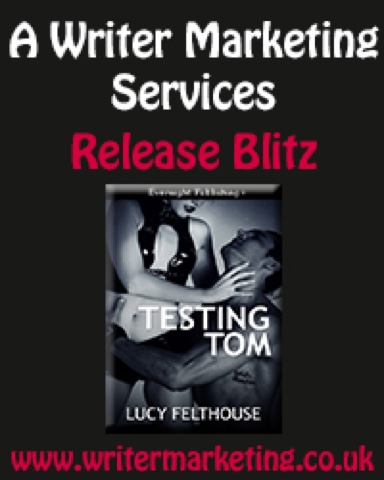