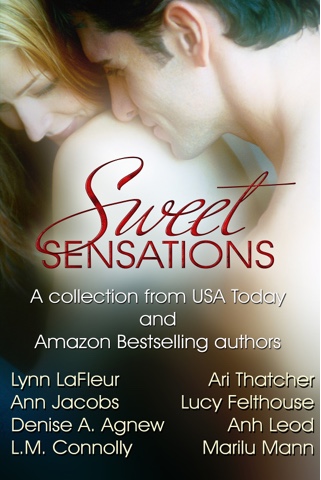 Available to buy exclusively from Amazon, or to read as part of the Kindle Unlimited programme: http://getbook.at/sweetsensations

In the Cards, by Lynn LaFleur
Catherine found her fantasy man stepping out of a greeting card…Can love break a curse put on Kane centuries ago, and bring him to her forever, this time?
Love Me Forever, by USA TODAY bestseller, Ari Thatcher
Lovers for one idyllic summer, he said he’d call but never did…
When the laid-back billionaire and the new divorcee meet again by chance, can they rekindle a summer love to last forever?
A Patchwork Romance, by Ann Jacobs
A self-made billionaire, Jared has come home to the Smoky Mountains, looking for an elusive something that’s missing from his life…Will he find it in the arms of Althea, a simple country quiltmaker?
Major Pleasure, by Denise A. Agnew
Jemma has always wanted Blayne, but his army career makes her afraid to give her heart…
Will love let her overcome her fear, and commit to forever with the hot Special Forces officer?
Escaping the Past, by L. M. Connolly
His shady past, her present danger, and an international plot bring Jade and GARY together…
Can love thrive as they dodge bullets from New York to Naples and beyond?
A riveting tale of romantic suspense, never before published.
Love Through a Lens, by Lucy Felthouse
On location shooting film together, new graduate, Celine, is drawn to Edward, a British actor 30 years her senior…
Can the inevitable romance between them blossom into love?
A heartwarming original novella, never before published.
Loving a Go-Go, by Anh Leod
Lexie, an heiress, finds her match in fellow boot fetishist, Adrian, who sells shoes in her family’s store…
Can a sexy romp during the holidays lead to a lasting relationship between these two?
Cat’s Play, by Marilu Mann
In this sexy game of cat’s play, a thief and a billionaire make some interesting discoveries about each other...Will they learn things aren’t always exactly as they seem?

Available to buy exclusively from Amazon, or to read as part of the Kindle Unlimited programme: http://getbook.at/sweetsensations 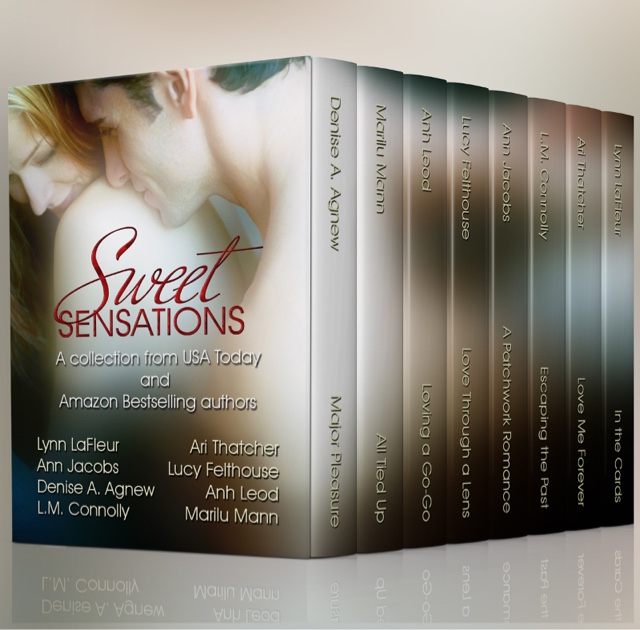 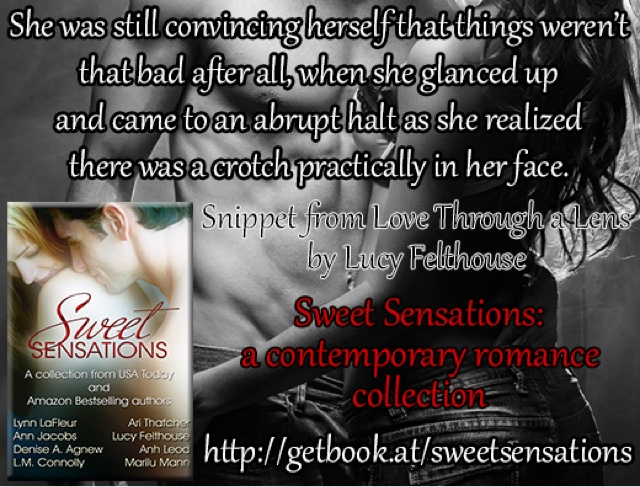 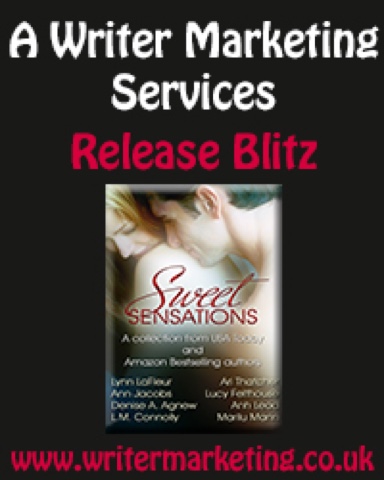