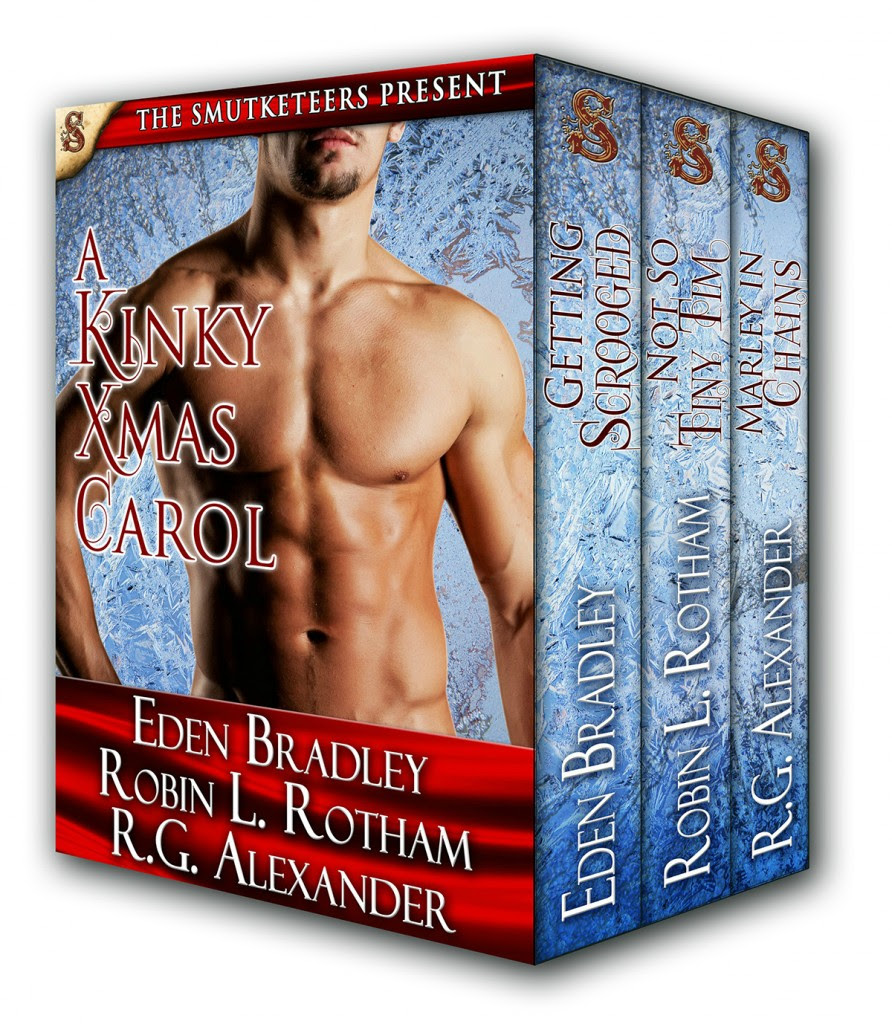 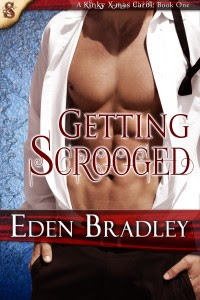 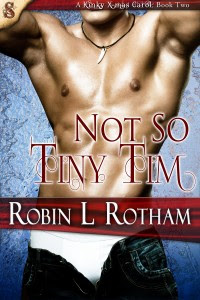 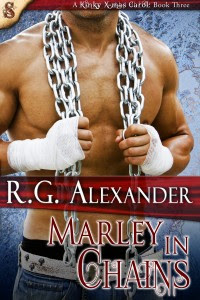 I really enjoyed this fun and sexy festive box set. It contains three novellas that star a member of the wealthy Knight family, and they all have a Dickens' Christmas Carol theme  - with a kinky twist of course! They are all great stories, they're really entertaining and have a magical feel to them. The books are all written by different authors, and the different writing styles complement each other well. All three books were a solid four or five stars for me, so if you're looking for a sexy Christmas read then I'd definitely recommend this box set. Four out of five stars.

Holly Knight is a workaholic; she doesn't have a personal life and she certainly doesn't have time for Christmas. She's got a business deal to finalise with 'closer' Ebenezer Hall who is determined to use his charm to get the best result for his employer. The chemistry between them is sizzling, and Ben goes all out to win Holly around by making her dreams come true. But the way he comes to know about her fantasies is a bit underhand - when Holly finds out will he lose her forever?

Getting Scrooged is a thoroughly entertaining story, perfect to get you into the spirit of Christmas. It has a good storyline with interesting characters. I really liked Ben, he was willing to do whatever it took to make Holly happy - even if it meant calling on two friends to help make her ultimate fantasy come true. I am intrigued by Justin and Kit - I'd love to hear more from them in the future. This book gets a thumbs up - four stars.

Not So Tiny Tim

Heir to the Knight empire, Tim, has his friends, family and fuck buddies but he definitely doesn't do committed relationships. That is why he keeps both Miranda and Peter firmly in the friend zone. But Tim gets a rude awakening when Miranda and Peter hook up together and he realises that he wants both of them in his bed. But he's got a big secret in his past which he thinks makes him no good for them. Can they convince him otherwise? Or will he lose them both?

Not So Tiny Tim was my favourite story from the A Kinky Xmas Carol box set, I really enjoyed it. The sex scenes are fantastic, but there was more to this book than that. There is a great storyline, interesting characters and plenty of emotion. It's a fairly short read, but it still packs a punch. Five stars!

Marley Knight-Williams has been running from her past and the two men that she loved for years , but now they've found her. Michael is desperate to help Carlos who has been struggling since he was injured while in the military. He thinks Marley is the only person who can help Carlos so he tracks her down and persuades her to help. When the trio are reunited the connection between them is as strong as ever, but can past mistakes and misunderstandings be forgiven?

Marley In Chains is a super sexy ménage romance that put a big smile on my face. The characters were all likeable and interesting, and their chemistry was really hot. I would have liked to have known more about Carlos and his time in the military though, I didn't feel like I knew him as well as the other two characters.  Michael also told Marley that Carlos was suffering with physical and mental health issues, and that he wasn't communicating at all, but the mental and emotional issues seemed to disappear once Marley appeared back on the scene. I would have liked to know more about Carlos' issues, I think this would have added more depth to the story. I still really enjoyed the story though, it was very entertaining. Four stars.


R.G. Alexander
R.G. Alexander (aka Rachel Grace) is a New York Times and USA Today Bestselling author who has written over 30 erotic paranormal, contemporary, sci-fi/fantasy books for multiple epublishers and Berkley Heat. She is a founding member of The Smutketeers, an author formed group blog dedicated to promoting fantastic writers, readers and a positive view of female sexuality. She has lived all over the United States, studied archaeology and mythology, been a nurse, a vocalist, and now a writer who feels lucky everyday that she gets to share her stories with her readers. She loves talking to them on twitter and FB. She is happily married to a man known affectionately as The Cookie-her best friend, research assistant, and the love of her life. Together they battle to tame the wild Rouxgaroux that has taken over their home.