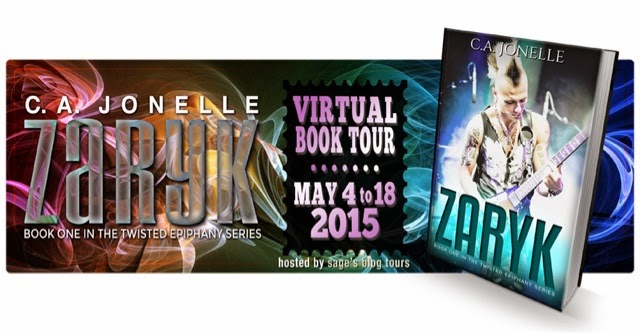 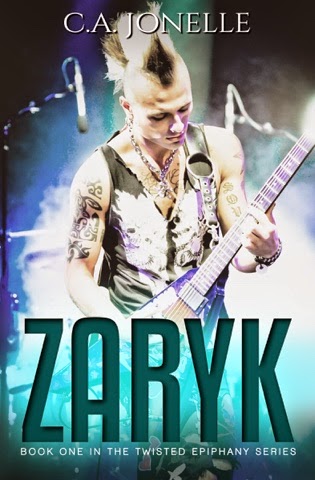 Synopsis:
One fatal moment tears Zaryk’s life apart and he struggles to cope with his loss and grief. Years later, with his band ‘Twisted Epiphany’ on the cusp of success, Zaryk is finding the answers in
partying and alcohol. Enter Lyndsay, a shy college girl who gives Zaryk hope that there can be happy endings in life. But one night of passion ruins his dreams of something more meaningful and spoils their friendship. Misunderstandings drive them apart and Zaryk is soon lost in a different world as ‘Twisted Epiphany’ become ever more famous. Will he get the chance to tell Lyndsay how he feels? Or will Zaryk’s stardom and Lyndsay’s insecurities keep them apart?
A story of passion, love, loss and the pressures of fame, ‘Zaryk’ is the first in the ‘Twisted
Epiphany’ series that follows Zaryk, Zayne, Zayden, Deklan and Kreed as they take their band
from small town success to world-wide phenomenon.
**Not intended for those under 18. Contains mature content.**
Author Bio: 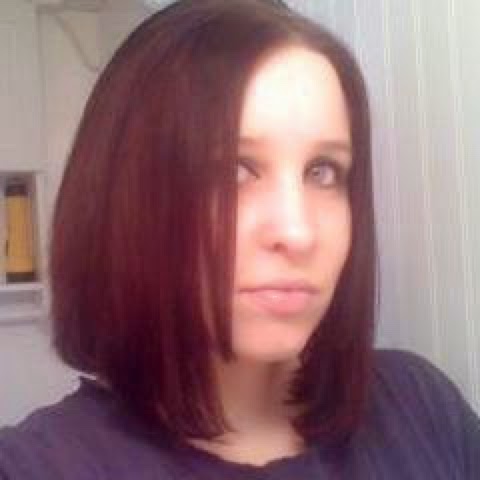 C.A. Jonelle lives in a small town in Ohio with her husband, daughter, two dogs, one cat, and six fish. She's been reading for as long as she can remember. She wrote several hundred poems in high school and started writing stories while in her late twenties. She loves a good romance
book with a tattooed and pierced rock star who is plagued by the reality of life. When she's not
reading or writing, you can find her spending time with her family and friends, or just catching up
on her favorite shows such as Hell's Kitchen or Devious Maids. She's currently working on the
next book in the five part Twisted Epiphany series that is slated to come out in 2015.
Links:
Wattpad: http://www.wattpad.com/user/CAJonelle
Goodreads: https://www.goodreads.com/cajonelleauthor
Twitter: https://twitter.com/CAJonelleAuthor
Instagram: https://instagram.com/cajonelle/
Tumblr: http://cajonelleauthor.tumblr.com/
Pinterest: https://www.pinterest.com/cajonelle/

Brief excerpt:
I growl loudly, echoing in the night air. “I’m not going to chase after you Lyndsay!”
Stopping, she turns to face me with a startled expression on her gorgeous face.
“What is it? Is he the reason you can’t get over Kendall and me?” I move closer to her.
“Yes.” Her answer is barely a whisper.
My heart drops into the pit of my stomach. The thought of anyone hurting her touches a
nerve … a big nerve. I inch closer until I’m directly in front of her. Reaching up, I glide
my fingers against her neck, rubbing my thumb along her jawline. She lifts her gaze to
mine.
“Tell me how he hurt you. I want to understand where this fear is coming from.”
She twists her face out of my hands and I drop them to my side. Tears are glistening in
her eyes. I can’t stand to see her like this and I can’t stand how she’s making me feel
right now. I can feel the fire building deep inside me. Deklan appears at the exit.
Lyndsay turns to go back inside. I’m fed up with this shit, but I don’t want to lose her. I
make one last attempt and grab her arm and turn her toward me. “If you leave, you
might as well take my heart with you. I won’t need it anymore, because it won’t bother to
beat without you.”
Deklan freezes and watches us, his face full of concern.
I let go of her arm and she turns back toward the building. She disappears and I feel a
big part of me die inside.

The Twisted Epiphany series features the loves and lives of the members of the rock band of the same name. Zaryk is the first book in what promises to be an exciting, drama packed series. This is an emotional story of love, loss, grief and misunderstandings which was nicely balanced with witty, humour filled exchanges between the band mates.  I enjoyed this debut offering from an obviously talented author, and will look out for the other books in the series.

Best friends Zaryk and Lyndsay have a night of passion together, but misunderstandings force them apart and their friendship is in tatters.  When they meet again can they put things right between them? Both Zaryk and Lyndsay have flaws, and they both make mistakes but they obviously have strong feelings between them - and their chemistry is undeniable.  I must admit that both characters annoyed me at times, which is why I've gone for four stars, but they were both very realistic. I found Lyndsay a little immature, and I can understand why her constant mood changes confused Zaryk - they confused me too!  Zaryk has a bad boy of rock image, but inside he is a big softy and is very vulnerable.  He is a great character, there are so many layers to him.

Zaryk and his family seem to have nothing but bad luck, and it looks like that is set to continue into the next book.  I look forward to seeing which band member features in the next book, I'm hoping for Zayden.  Overall I enjoyed this book and give it four out of five stars.

Giveaway
Win a copy of Zaryk