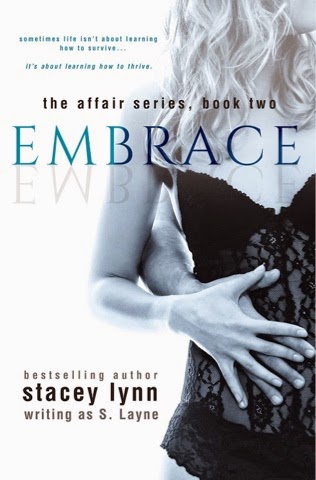 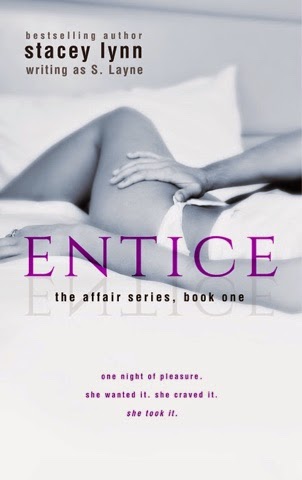 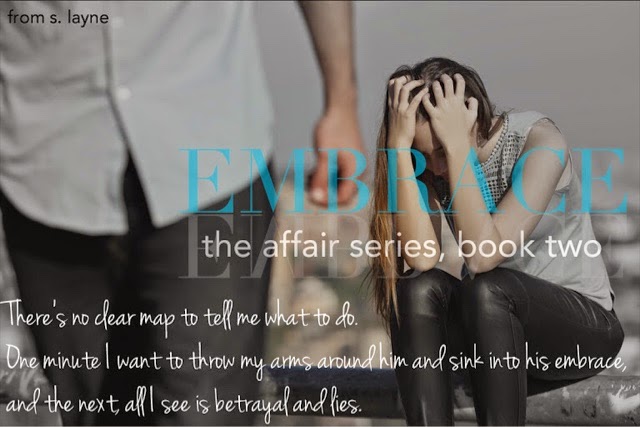 #Synopsis:
Liam Parker crash landed into Laurie’s life when everything else was crumbling all around her. Her marriage and career were in pieces and her mind was left spinning.

But one touch from Liam, and Laurie could forget everything else around her.
She thought she had it all figured out.

As Laurie lost herself in Liam’s warm caresses and his commanding blue eyes, her husband refused to go quietly into the night. While Laurie fought to move on, it was James who was working his way back into her life, fighting for the marriage they had once held dear.

Forced to make choices she never imagined having to make, Laurie finally found herself on firm footing, knowing which way she was going to turn.

It’s about learning how to thrive. 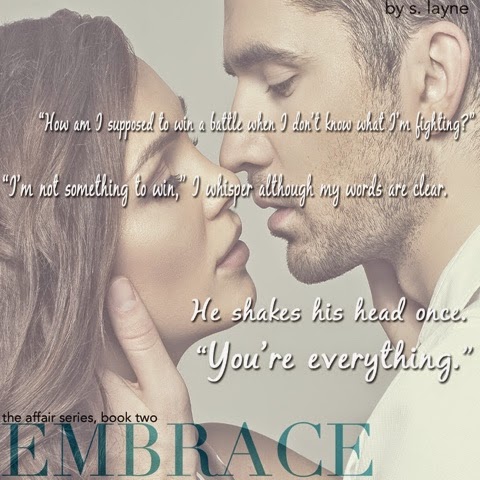 MeettheAuthor
S. Layne currently lives in Minnesota with her husband and four children. When she’s not conquering mountains of laundry and fighting a war against dust bunnies and cracker crumbs, you can find her playing with her children, curled up on the couch with a good book, or on the boat with her family enjoying Minnesota’s beautiful, yet too short, summer.
She lives off her daily pot of coffee, can only write with a bowlful of Skittles nearby, and has been in love with romance novels since before she could drive herself to the library.
#SocialLinks
https://www.facebook.com/slaynebooks
https://twitter.com/slaynebooks
https://www.goodreads.com/author/show/13715799.S_Layne?from_search=true

Embrace is book two in The Affair series, and it picks up right where Entice finished.  Although I enjoyed this book, I didn't love it as much as I did the first book.  It just seemed a little slow in places and it didn't have the ending that I wished for.  It is a very emotional read as the heroine is reeling from betrayal from everyone who is important to her.  Most people will know of a couple whose world has been rocked by an affair, and this makes it a very realistic and touching book.

Laurie has been betrayed by her husband James and her best friend, and at the end of the first book she is shocked to discover that her lover Liam and her father have also been lying to her.  Laurie has a lot of decisions to make in this book.  Both Liam and James want her back - who can she trust and who does she really want? Or is she better off without both of them? I'm not going to say much else about the storyline, as I don't want to accidentally drop any spoilers.

This is good read, and an enjoyable ending to Laurie's story.  There are lots of hot moments in this book, the chemistry between Laurie and the men is electric, but there is a lot more to this book.  It is an emotional tale of love, trust, forgiveness and family.  Embrace gets four out of five stars.