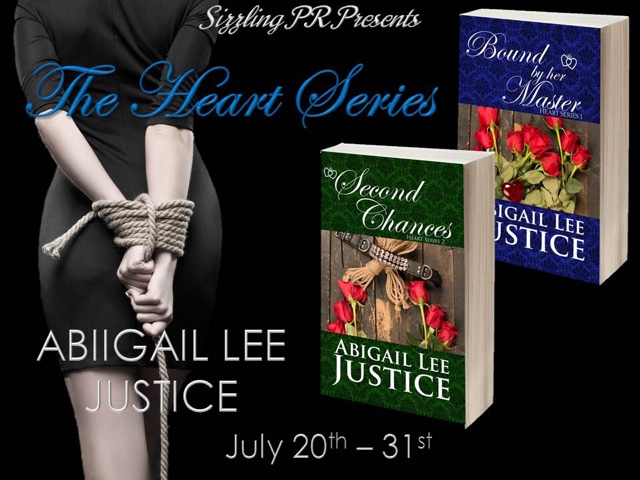 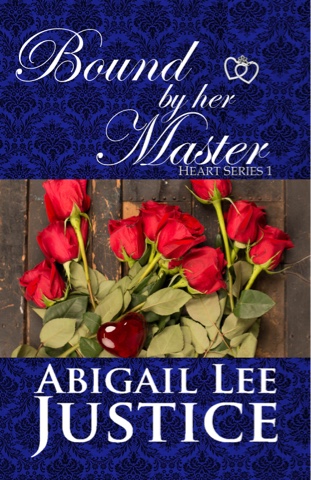 Sophie Spencer is a happily married, twenty-nine year old cardiologist. Suddenly her world is shattered to pieces. The love of her life, her only love, is taken from her in a devastating car accident. Stricken with grief, depression, and loneliness for the past two years, Sophie takes the advice of a close friend to venture down a new path - exploring the inner sides of submission. Not knowing what it truly means to submit, Sophie indulges her desires by visiting a prominent BDSM club on her own. Could she fully submit to another man’s will, or was the bond that she shared with her husband unbreakable? That’s the question Sophie must come to terms with.

Kyle Zeller is one hundred percent Alpha male. He owns a high end BDSM club, but has not been in a serious relationship for over a year. Serious skeletons that are buried deep in the back of Kyle’s mind keeps holding him back from making a true commitment, which is until Sophie Spencer walks into the Cellar. Kyle see’s for the first time in his life the person he’s been looking for, she standing in front of him. He already knows everything about Sophie’s past, including her desires to submit. Will Kyle’s past resurface and shatter this potential relationship too?

Bound by Her Master is the first book in The Heart Series, and it really gets the series off to a great start.  It took me two or three chapters to properly get into the story, as I initially found it a bit slow, but then the story really picks up and I didn't want to put my kindle down.  This book is much more than a BDSM story, it has an touching plot line about a grieving widow who is learning to live and love again. At its heart this book is about trust, something that our heroine Sophie really struggles with.  There is also an added element of danger that is stalking Sophie, which really ups the excitement levels.  I must warn you that there is a huge cliffhanger ending, but the next book is out now and it is absolutely fantastic.

Sophie was devastated two years ago when her beloved husband Carl is killed in a horrific car crash. Since then Sophie has understandably been in a deep depression, but she has isolated herself from family and friends and is a shell of her former self. Her friend Lexi makes her see that Carl would have wanted her to keep living life to the full and she decides to explore her previously hidden submissive side. Sophie jumps in with both feet and very bravely visits a BDSM club on her own, where she meets the owner of the club Kyle.  It's lust at first sight and they quickly form a strong connection, but Kyle also has his own demons to tackle. Can Kyle help Sophie to submit and start living life to the full?

This is a very moving story story, Sophie's grief felt real, it was so emotional for me to read. Kyle is an amazing character and Dom. He was so patient with Sophie, it was touching to see how much he cared for her. Sophie's lack of trust is a big issue for the couple though and it eventually puts her in danger. The ending had me shouting at my kindle, but thankfully I already had the next book loaded and ready to read so I delved straight into that one. This is a great story that is going to get better and better. Bound by Her Master gets four out of five stars. Knowing that happily-ever-afters only happen in fairy tales, Sophie Spencer spends an amazing night with her Prince Charming. Being new to the lifestyle, she allows her hidden fears to take over and does the unthinkable. She screams her safe-word…and runs directly into danger. Will her moment of weakness cause her world to be torn apart again? Or will she overcome her trust issues and fully surrender to her Prince.

Falling in love had been the furthest thing from Kyle Zellar’s mind, but when Sophie Spencer fully submits to his dominant demands, his only recourse is to claim her as his. Before he can claim her, he is forced to let her go. Fighting his inner demons and past issues of childhood abandonment, he knows he must sort out his own life before he can move on with his future. But will it be too little too late?

Author’s note. This is the second book in The Heart Series, and NOT a stand-alone. You may read them in any order you like, of course, but I would recommend you read Bound By Her Master first.

The last book ended on a huge cliffhanger, and Second Chances picked up right where the previous book ended. It is intensely emotional right from the start, and from there it is full of ups and downs for the main characters.  Sophie's lack of trust in herself and her Dom, Kyle, put her and her friend in huge danger and she has to deal with the consequences of that mistake. She has a big ordeal to get through, but Kyle is there for her. He is an amazing Dom, I'm totally in love with him. He has to help Sophie deal with her problems, but he also has problems of his own to deal with. Kyle is still searching for his father, and this is a fascinating sub-plot.  There is so much going on here, it makes this book incredibly difficult to put down.

Born and raised in Baltimore City by two wonderful, supportive, loving parents, as a child Abigail made up vivid stories in her head. Until one day a friend told her instead of keeping her stories locked in her head she needed to put them on paper and that’s exactly what she did.

Abigail met her husband 29 years ago on a blind date (thanks Dan C.) while working a part time job to put herself through college. She fell madly in love with her Prince Charming and has been since the first day they met.

In her spare time when not working or writing, Abigail enjoys reading, concocting vegetarian dishes, exotic vacations, scuba diving, high adventure activities, living in the lifestyle she writes about, and doing lots and lots of research making sure her characters get it just right.

If you’d like to become part of Abigail’s street team or become a beta reader for future books, drop Abigail a message on FB @ abigailleejustice or   Visit her website @ www.abigailleejustice.com
Posted by Unknown at 05:00