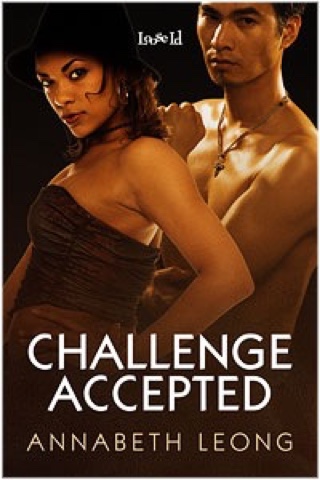 After being shamed for her dominant desires too many times, Christine has resolved never to date a vanilla man again. She needs a man who knows he's submissive, and she's determined to hold out until she finds one.

Until she meets Sam, that is. Christine can't bring herself to turn down the handsome parkour aficionado, so instead she tries to scare him off with an intensely kinky first date.

When Sam meets her extreme challenges head-on, Christine must decide if he can become the man to serve her every need—in the bedroom, and in her life.

Even seeing only her back, Sam had no trouble recognizing Christine as he carried a sack of dirty clothes into the basement laundry room of his new apartment building. He’d liked her tall, thick frame the moment he’d caught her watching him, and he liked the way she moved. She folded clothes with sure, clean gestures. He’d been an athlete for enough of his life that he could immediately spot a woman in full control of her body and presence.

He hefted the laundry onto his shoulder and assumed a casual stance. He made his movements feel easy so they would look easy. “Christine.”

She turned. He liked that she didn’t jump. Maybe she knew he was coming.

He saw her reacting to him—gaze flicking down his body, body shifting to emphasize her hip. Her eyes were fierce, not welcoming. She looked as if she might be about to set him on fire. Apart from that, though, her nod was polite and distant.

Stretching and making a show of it, he set the laundry down beside a free machine. He didn’t know what to think of the contradictions he read in her body language. He was intrigued and wanted to get to know her. She, on the other hand, wasn’t being clear about what she wanted. He couldn’t tell if she was hoping he’d strike up a conversation or wishing he’d drop his clothes into the wash and get the hell out.

Sam had been raised in the type of family that communicated in code, and he didn’t like it. The only way he knew to make sense of the world was to speak his mind. “You up for company?”

She hesitated. “I think so,” she said finally.

“I’m glad.” His voice came out softer than he’d intended, his tone deferent.

There was something about Christine that made him want to address her that way. He stole glances as he started a washer. She dressed professionally, but not in an imposing way. Her body looked strong, but her shoulders were relaxed, her face at ease. She didn’t loom or intimidate, though he imagined she could if she wanted to. She had big, dark eyes and rich, brown skin. Her features weren’t delicate—he liked the bold lines of her nose and jaw—but neither were they harsh. The only hint of real severity he could see was in the way she wore her hair—straightened to within an inch of its life and sharply restrained.

Christine shrugged. “Not wearing a heavy jacket.” Was that a touch of humor in the curve of her lips? He wasn’t sure.

“Definitely.” Sam kept his voice light. “You recognized parkour. Is that your sport?”

She laughed. "Afraid not." Sam wondered if she was warming to him, but she was still so difficult to read. He hated the idea of lingering where he wasn’t wanted.

“Look,” he said. “I’d like to get to know you. I’d like to take you out sometime. Are you interested?” He had a nice Italian restaurant in mind if she said yes. If she said no, he’d ignore the flickers of interest he kept feeling from her.

She didn’t agree or refuse, though. Instead, she looked pained. “Why would you ask me that? We’ve got nothing in common.”

Sam stepped back, holding up his hands. “I asked because I wanted to know your answer,” he said, the words low and even. “If you’re not, it’s cool. I won’t bother you about it.” He’d be disappointed, of course, but he wasn’t the kind of jerk who would try to make a woman feel guilty about turning him down.

Christine reached toward him but dropped her arm just before she made contact. “You couldn’t handle me.”

Sam probably should have walked away at that point, but he’d noticed the way she’d almost touched him and the stubborn part of him couldn’t let the challenge pass. “What do you mean, I couldn’t handle you?”

Sam had responded to each of those challenges by proving his doubters wrong, doing everything better and harder than the people who had questioned him. He’d given up on obligatory popular sports to focus on parkour, but there was still a part of him that thrilled each time he pulled off a difficult move, exulting that, yet again, he’d shown them.

Christine’s skin darkened with a blush, but she lifted her chin defiantly. “I’m kinky, okay? I doubt you’re ready for that.”

Sam blinked. “Wow, okay. That seems like something we could sort out after we go on a date and find out if we like each other. No need to jump ahead.”

“No point.” She shook her head, the gesture firm and dismissive. “It’s a waste of time to get to know each other if we’re just going to wind up incompatible.”

“Really?” Sam bristled. It irritated him when women assumed a Chinese guy wouldn’t know anything about sex, and he hoped that wasn’t what was going on. “I have heard about that book, you know. The one all the women are reading.”

“No, that’s not what I’m talking about. I like to be the one on the handle end of the flogger. You don’t want it, trust me.”

Sam had almost no idea what that entailed, but he pressed, annoyed that she’d presumed to tell him what he would and wouldn’t want. “How do you know? Talk to me about it first. Try me.”

“If you don’t already know about it, it’s just not going to work. I promise.”

Sam had never been aware of an interest in kink, but he couldn’t stand assumptions. “Tell me straight-out what you want to do,” he said, crossing his arms over his chest. “I’ll tell you whether or not I want to do it.”

Christine stared as if he’d suggested a really strange plan. It reminded Sam of so many movies he’d seen, times when characters acted like telling the truth was such an odd and original thing to come up with. “I don’t know…” she said.

He grabbed his now-empty laundry bag. The fabric snapped as he yanked it through the air. The fresh, warm scent pouring from the dryers seemed sour in that moment. “Or turn me down. Just don’t tell me what I can and can’t handle.”

Again, she moved as if she wanted to take hold of his wrist and stop him. Sam paused, trying to make it clear he would let her if that was what she wanted to do. They were still for a while, and then he gave up and walked to the door.

“Wait,” Christine said before he could leave.

He shrugged. “Sure.” This was probably another part of the brush-off. Maybe she thought it would be nicer if she offered to chat online. He didn’t particularly like that tactic, but he didn’t feel like criticizing it now. Without expecting to hear from her again, he gave her his username. 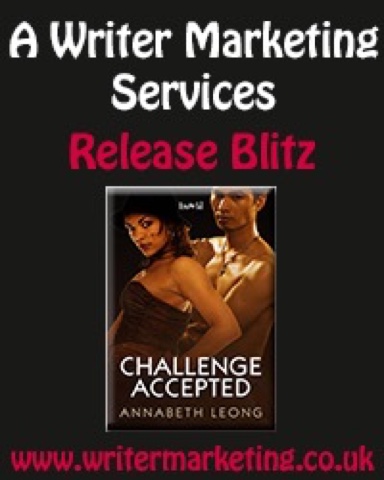