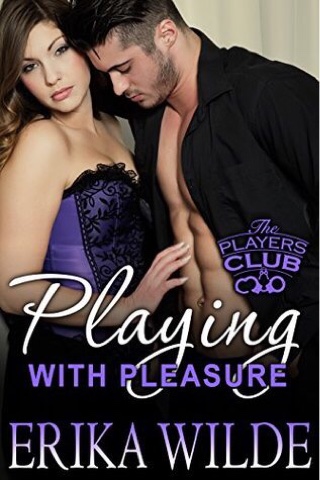 PLEASURE HAS NEVER BEEN SO DECADENT!

Paige Moore has a fulfilling business designing couture corsets for her high profile clientele, but her love life is sorely lacking. Being burned in the worst way possible by Sawyer Burrows has left her guarded and wary when it comes to men and their motives. When her best friend presents her with an invitation to The Players Club, she embraces the chance to enjoy a hot night with a stranger, and finally put her past heartbreak, and Sawyer, behind her.

Sawyer knows he devastated Paige with his careless actions a year and a half ago, and he’s lived every day since with those regrets. Now, seeing Paige at The Players Club, he knows this is his chance to make amends and prove that there is still something between them worth pursuing. If sensual pleasure is what Paige is looking for, then he intends to be the man to spend the night seducing every part of her.

Paige’s surrender is Sawyer’s ultimate goal, but once her desires are sated, will she give them the second chance they deserve?

The bell on the door to Couture Corsets tinkled, announcing that a customer had just walked into Paige Moore’s small boutique in Old Town San Diego, where she designed and sold custom-made corsets.
“It’s just me,” she heard her good friend Raina Beck call out.
Knowing Raina would just head to the back area of the shop where Paige did all her designing and creations, she continued hand sewing small seed pearls to an exquisite white satin corset she was making for a client’s wedding night.
A moment later, Raina walked past the curtain of glittering crystals hanging in the doorway that separated the retail floor from the workroom. “Wow, that looks stunning,” she said of the one-of-a-kind bridal corset, her voice laced with awe.
Paige glanced over her shoulder and grinned. “Thanks. Once I add the crystal and lace embellishments along the bodice, this bride is going to knock her groom’s pants off when he sees her in this corset.”
Raina laughed. “Not a bad way to start off a marriage.”
“What? By getting lucky?” Paige asked humorously as she set her needle and thread down on the nearby worktable that dominated the area.
“And being totally turned on by your new wife.”
“Speaking of getting turned on,” Paige said with a smirk as she eyed her cheerful friend. “You’re glowing and smiling all the time, so things with Logan must be good, yes?”
“Really good,” Raina admitted, her face flushing with happiness. “And I do have to say, it’s nice having sex on a regular basis,” she teased.
Paige sent her a mock glare. “Yeah, I wouldn’t know, so stop bragging,” she grumbled, even though she was genuinely thrilled that Raina had found a man who absolutely adored her. “What brings you by?”
“I have something for you,” Raina said and handed her an envelope with the word Welcome embossed in black across the front.
Paige’s eyes widened as she looked at the envelope. “Oh my God, is this an invitation to your wedding? I can’t believe you didn’t tell me…” Her words and excitement trailed off as she pulled out the card inside and read the message granting her a night at The Players Club, an exclusive, members-only sex club.
“Oh, wow,” she breathed in surprise and glanced back at Raina. “I thought—”
“If I was getting married, you’d know about it before I sent out invitations because you’d be my maid of honor,” Raina interrupted with a laugh. “Besides, I’m not even engaged yet. This invitation is for you,” Raina went on with a grin. “The Players Club is a place where you can get down and dirty and freaky with a stranger, indulge in a fantasy, or try a particular kink that has piqued your interest.”
“I have to say, that sounds very tempting.”
Oh, yes, Paige was definitely intrigued. It had been a year and a half since she’d been with a man. A year and a half since the morning Sawyer Burrows had shattered her heart with his betrayal. And the thought of indulging in a night of hot sex with an anonymous guy was incredibly appealing. She needed to do something to finally shake Sawyer from her mind and thoughts and let the painful past go so she could move on with her life.
Easier said than done, but an evening at The Players Club was a good start to putting an end to her dry spell.
“There is one thing you need to know.” Raina suddenly looked uncertain. “Logan told me that Sawyer is a member of The Players Club. Which, in my opinion, could work to your advantage if he’s there the night you decide to go.”
Paige frowned, not sure how she felt about running into a man she swore she hated yet who still had the ability to affect her on a physical level. Yeah, that part drove her absolutely crazy, but she was curious what Raina meant. “How so?”
“If he’s there, think of it as a bit of revenge.” Raina’s eyes danced with mischief. “Flirt with other guys and enjoy yourself. Show Sawyer exactly what he’s been missing and what is no longer his. Men are such jealous, possessive creatures, and it’ll drive him nuts to see you with another man.”
The corner of Paige’s mouth curled into a smile as she thought about her friend’s suggestion. It had been too long since she’d felt desired and sexy. Combine the bonus of possibly showing Sawyer that she was over him by letting him see her enjoy another man’s attention, and it really was a win-win situation.
Her decision made, she met Raina’s gaze and lifted her chin in determination. “I’m totally down for that.”

Playing With Pleasure is another sexy story from Erika Wilde's fantastic series set in The Player's Club. This is a sweet second chance love story with a lovely, curvy heroine and a gorgeous, dominant hero. There isn't too much angst or drama to distract you from the romantic storyline, but there's just enough to keep you interested. The connection and chemistry between Sawyer and Paige is strong, these two will set your e-reader on fire.  I really enjoyed this book and I loved that the heroine was a strong, successful BBW. Playing With Pleasure is book two in the series, but can be read as a standalone.

Eighteen months ago Paige's heart was broken after Sawyer betrayed her in the worst way possible. Now Sawyer is back and he is determined to earn Paige's forgiveness. I was expecting to dislike Sawyer, but he quickly won me over and I fell in love with him. Paige soon learns that Sawyer's betrayal wasn't exactly as it seemed, but she still has problems believing that Sawyer really wants to be with her.  She has insecurities concerning her weight which is mainly thanks to her sister Ashley constantly belittling her. I really didn't like Ashley, she was spoilt, selfish and really vindictive - she was so horrible to poor Paige.

Sawyer is a Dom and shibari (Japanese rope bondage) expert and really wants to get Paige in his ropes, and when he does the results are explosive. There are some hot moments in this book and I really enjoyed reading about this couple. I can't really think of any negatives for this book, I absolutely loved it. Playing With Pleasure is a nice, easy read that gets five sexy stars. 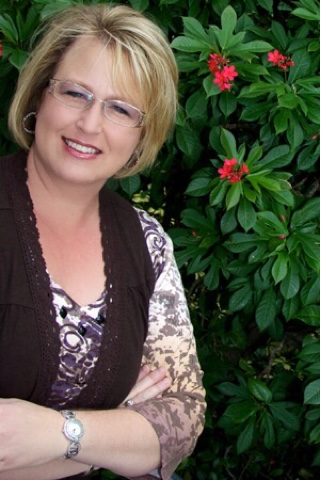