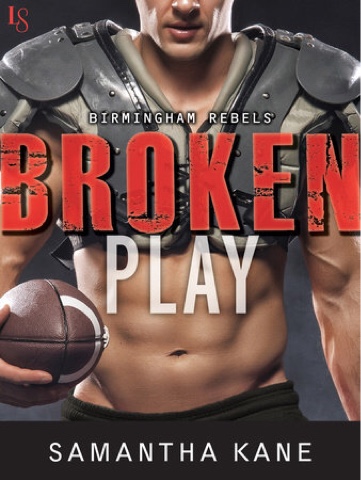 Birmingham Rebels offensive linemen Beau Perez and Cass Zielinski are inseparable, on and off the field. Cass, the captain with the cowboy swagger, is a loose cannon. Beau, the veteran tight end, is cool under pressure. And ever since they were caught on tape in a steamy threesome, their exploits have fueled more than a few tabloid headlines—and naughty fantasies.
Marian Treadwell knows all about the video. And now that she’s the Rebels’ new assistant offensive coach, she can’t look at Beau and Cass without picturing their hard, naked bodies—with her pressed in between. Marian would like nothing more than to indulge those impulses, but she knows better than to get too close to her players, a bunch of adrenaline-fueled alpha males who don’t always follow the rules.

Just the thought of sharing the gorgeous yet guarded Marian drives Cass wild. At first, Beau isn’t sure she’s right for them . . . and lately, all he desires is a little alone time with Cass to explore their new intimacy. But it’s only a matter of time before Cass breaks through both of their defenses. Because when seduction is the game plan, he always plays to win.

Excerpt
“Get. In. Here.” Marian spoke in that one-word-sentence staccato that had become so popular on television and that she’d sworn she’d never imitate. Now she knew it wasn’t a choice. She was simply so mad she couldn’t get more than one word out at a time. Beau didn’t argue. He simply slid sideways in through her office door, past where she stood holding it. She started to close it, but a hand grabbed it from the hallway and pushed it open again. Cass. Of course. “Can’t I even yell at him without your presence?” she asked coldly.
“Nope. Team captain. Got to be here.” Cass turned and closed the door behind him, then leaned against it, his arms crossed, that damn cowboy hat in one hand.
“Fine,” Marian said. “Since you piss me off, too, you can share the punishment.”
“I don’t take punishment,” Cass said, his usual charming smile gone as he gave her a heated stare that made sweat pop out along her spine. “I give it.”
It took Marian a moment to get past the images that flashed through her head at that outrageous claim. “On the field, not in my office,” she said a little unsteadily.
“Anywhere I choose,” Cass told her calmly.
“Maybe I should go,” Beau said from behind her.
Marian jumped and spun around to face him. She hadn’t been paying attention. She couldn’t believe she’d let him flank her like that.
“Settle,” Cass said quietly but firmly. “There’s no threat here.”
“You just made threats,” she countered, backing up until her back hit the wall a few feet off to Cass’s left.
“No,” he said, the charm back in his voice, a sexy little drawl making it sound like Naw. “Those were promises.”
She actually felt a bead of sweat slip down her cleavage, and she shivered.
“Stop it,” Beau said. “You’re scaring her.” She glanced at him and he looked a little sad, his eyes big and golden brown, and soft with some emotion she couldn’t name. Instinctively she knew he wasn’t the threat here, which threw her into confusion. Wasn’t he the one in charge?
“I’m not scared,” she said. It was a knee-jerk reaction, something she’d said so often in the past few years—to others and to herself—that it was second nature.
Cass sort of rolled himself along the wall toward her until he was leaning over her, not quite pressed against her, his hands on either side of her head, one still holding his hat. “Good,” he said, his voice rough and heavy with wanting. “I don’t want you scared.”
She was breathing too fast. “Move your arms,” she said, and she winced at the panic in her voice.
“Cass,” Beau said. She saw his hand on Cass’s shoulder and her heart nearly beat out of her chest. She had to put her hand up to her chest and press against it to make sure it didn’t.
“You know I’d never hurt you,” Cass said softly. He turned and tossed his hat onto the couch, against the opposite wall. Then he dropped both arms to his sides. He didn’t move back, though. He stayed close enough that she could feel his heat and smell his cologne and a hint of his sweat and deodorant and laundry detergent and shampoo, all the things that combined to be Cass’s scent. She hadn’t realized she knew his smell so well. It was an odd thought and made her frown at him. He frowned back. “Don’t you?” he asked.
It took a moment to remember what he’d said. “Yes.” She did know it. But that didn’t make her heart slow down, because she wasn’t afraid of him. She was afraid of herself, and what she’d let him do if she let go.
“Yell at me.” Beau’s soft words were lost in Cass’s gaze for a second and then they sank in.
“I should,” she said, standing straighter and tugging on the hem of her shirt nervously. “What in the hell do you think you were doing out there?” She pushed on Cass’s chest, but he wouldn’t budge, so she stood on tiptoe and glared at Beau over his shoulder.
“Speaking my mind,” Beau said. He walked over and dropped down on the couch, easily within her sight, making sure not to crush Cass’s hat. “It’s been a long time since I’ve been able to do that.”
“So you decide to do it on my watch?” Marian said in a strangled voice. “Gee, thanks.”
“On your watch?” Beau asked, obviously getting angry. “Now you’re my babysitter, too? Jesus, how many do I need?”
“What’s that supposed to mean?” Cass said, turning to glare at Beau, hands on his hips.
“Don’t try to distract me with a lovers’ quarrel,” Marian warned them. “I’m still pissed about Beau’s big mouth.”
Cass slowly swung his head back around and pinned her to the wall with his stare. He had the bluest eyes, and they could go cold and hard as fast as they could turn hot and heavy-lidded. “Lovers’ quarrel?” he asked quietly. Too quietly. Marian tried to slide sideways along the wall, out of his reach.
“That’s right,” she said, full of false bravado. She thought for a second that this must be what the canary felt like before the cat pounced.
Suddenly Beau laughed loudly, a harsh bark that sounded more incredulous than amused. It broke Cass’s stare and Marian quickly moved over to lean against her desk, facing them on more solid ground. “What’s so funny?”
“We”—he gestured between him and Cass—“are not lovers. We’re friends and we fuck women together. That’s it.” He didn’t sound happy about it. Or was he unhappy that people thought they were?
“Beau.” This time it was Cass trying to yank on the leash with a warning in his voice.
“Forget it,” Beau said flatly. “I’ve come out of my shell today. I’m not crawling back in.”

Broken Play is a fabulously sexy story with two amazing heroes and a feisty heroine. Set in the testosterone fuelled world of football, it stars two players that love to share their women. Beau and Cass are best friends and they have been through a lot together. When they meet the new assistant coach, Marian, Cass knows that she is the girl for them. Beau takes a bit more convincing, but soon the chemistry between the three of them is sizzling. Marian doesn't want to jeopardise her career by getting involved with her players, but these two hunks are difficult to resist!

The characters are all well rounded and are easy to connect with. I absolutely loved Cass and Beau - they are sweet, caring, protective and are as sexy as hell. There were some great supporting characters too, and the banter between the players was hilarious. I'm looking forward to reading future books in this series so we can find out more about the rest of the players. The last part of this book really surprised me and it was hot, hot, hot! It won't be to everyone's tastes, but I thought it fitted the story well and I really enjoyed reading it.

This is the first book I've read by Samantha Kane - it will definitely not be the last! I liked her writing style, and the world she's created at this football club is fascinating. Great characters, interesting plot, and scorching sex scenes make this a must read! Five stars! 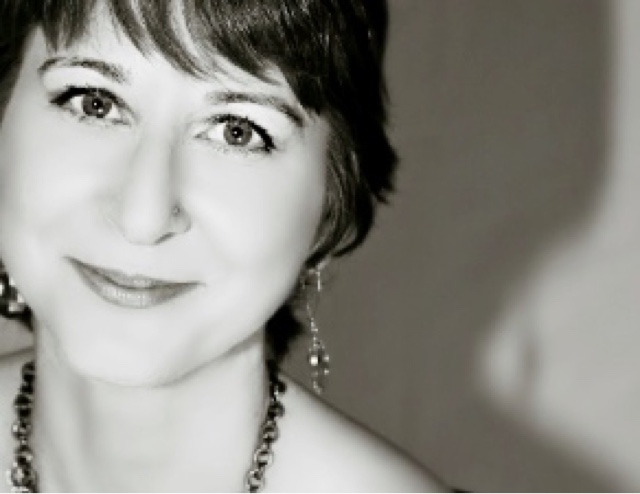 Samantha Kane lives in North Carolina with her husband and three children, two boys and one girl. With a master’s degree in American history, she spent seven years as a high school history teacher before becoming a full-time writer and mom.